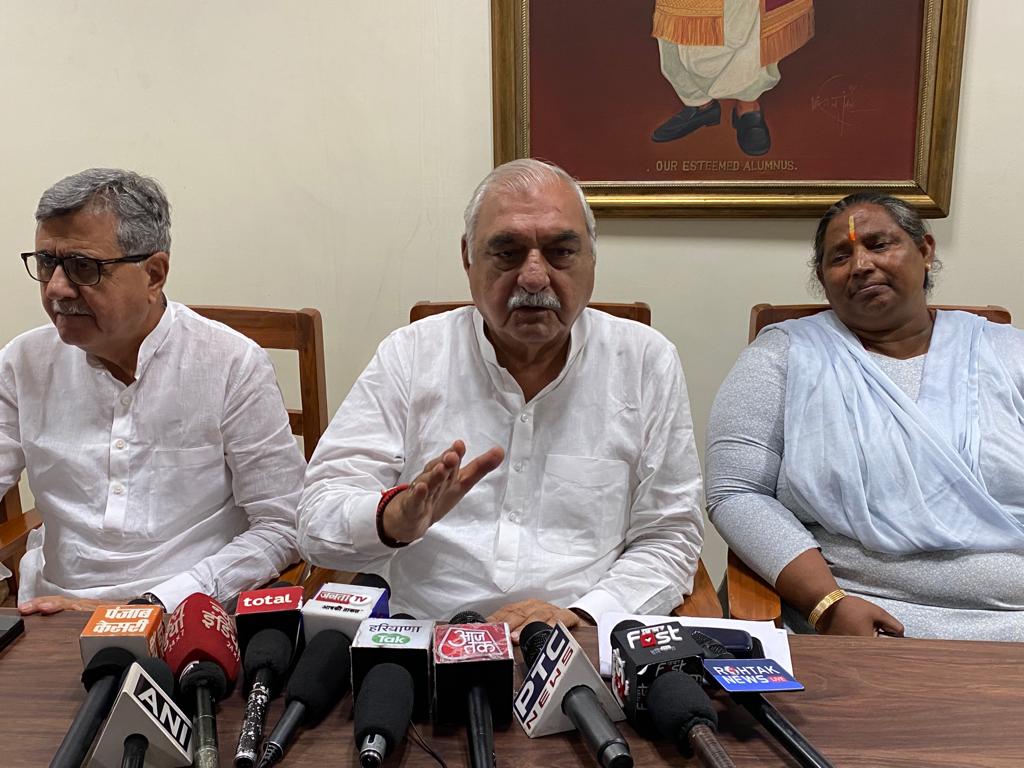 Will oppose if Rohtak village land is taken away from the company: Bhupinder Singh Hooda: The Tribune India

Addressing a press conference here today, the former CM said the land belonged to the Gaur Brahmin Society. It is theirs and will remain so.

“Our firm had made a decision after following due process. The Congress government had leased land to the institution for 33+33+33 years at a nominal rate. Even today, the institution has a right to the land. If the BJP-JJP government decides to reverse this decision, Congress will strongly oppose it,” he said.

He also alleged that residents of the state are facing various problems including unemployment, declining employment, rampant inflation, out of control crime, rising cost of agriculture and debt.

Meanwhile, BJP MP Arvind Sharma has taken a rebellious stance towards his own party and Chief Minister Manohar Lal Khattar over the Pehrawar land issue. While speaking at a reception held in the village today, he threatened to launch an indefinite dharna from June 21 if the government did not resolve the issue by then. “The CM wants to return the land of Pehrawar village to the Gaur Brahmin Society, but he does nothing with his brain (CM apne dimag se koi kaam nahi karta). I’m sorry but I’m not against him. The CM issued a statement on Friday on the matter which was against me and the Brahmins,” Sharma alleged.

The Municipal Corporation recently canceled an agreement with the Gaur Brahmin Society to lease 20 acres of panchayat land from the village of Pehrawar to the society, arguing that it had failed to comply with the terms and conditions. The development caused resentment among the Brahmin community.

A day in the life of a village in India: The Tribune India