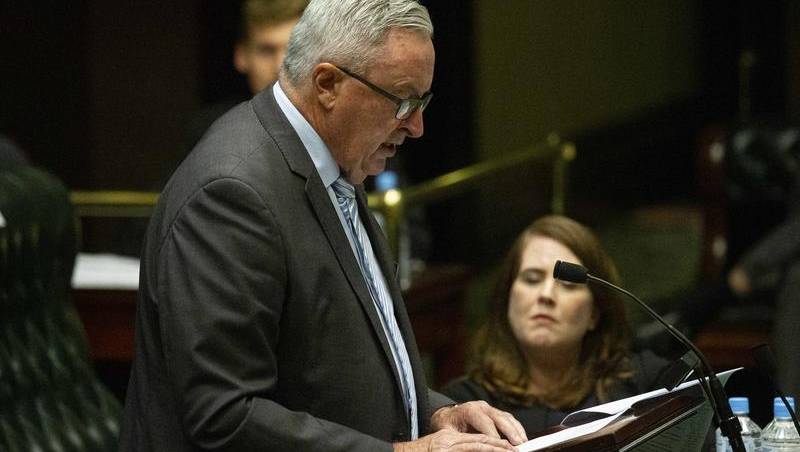 A majority of New South Wales lower house MPs voted to give terminally ill people the right to choose to terminate their lives, but now have to make more than 160 suggested changes to the proposed law.

The voluntary assisted dying bill passed 53 to 36 in a second reading vote in the New South Wales Legislature on Thursday evening.

If the historic reform gets majority support in the upper house next year, it will make NSW the last Australian state to adopt voluntary assisted dying.

Before reaching the Legislative Council, the lower house debates some 167 amendments proposed by supporters and critics of the bill.

MPs sat late into the night Thursday and will continue their debate on Friday, the last sitting day of the New South Wales parliament for the year, with the aim of sending the bill to the upper house of here the end of the year.

Meanwhile, the upper house is investigating the bill throughout December and will report by the first sitting day of 2022.

Sydney Independent MP Alex Greenwich, who led the bill, on Thursday condemned amendments he said were proposed to ensure the bill would never be passed or started.

Dying With Dignity president Penny Hackett said reform supporters have yet to open the champagne as they are used to disappointment.

While Ms Hackett is “incredibly happy” that the bill has reached this stage, she fears the amendment process “fundamentally changes the nature of the bill in a way that is detrimental to the dying.”

Ms Hackett is concerned that changes will place additional requirements for medical assessments and increase bureaucratic hurdles and wait times.

“All of this is put forward in the interest of additional safeguards, but the reality is that they are designed for and will have the effect of making (the laws) very difficult for the very vulnerable to use,” she said. .

Health Minister Brad Hazzard was among the MPs to vote in favor of the bill on Friday.

The veteran MP had not supported euthanasia for the first 29 years of his three-decade career in Parliament, but he said this bill was different.

Mr Hazzard became moved when he remembered holding his mother’s hand and asking her to shake it if she wanted hospice care, knowing that death could come more quickly if she did.

His mother shook his hand. She died the next day.

Mr Hazzard said voluntary assisted dying does “not remove the importance of the value of palliative care”.

“What he does is give a choice to those who are nearing the end of their lives, to those who might be in pain (what) none of us would want but family or friends or anyone else. or suffer, to allow that person to control their own death. “

He also said he cannot deny residents of New South Wales a right that Australians in all other states have.