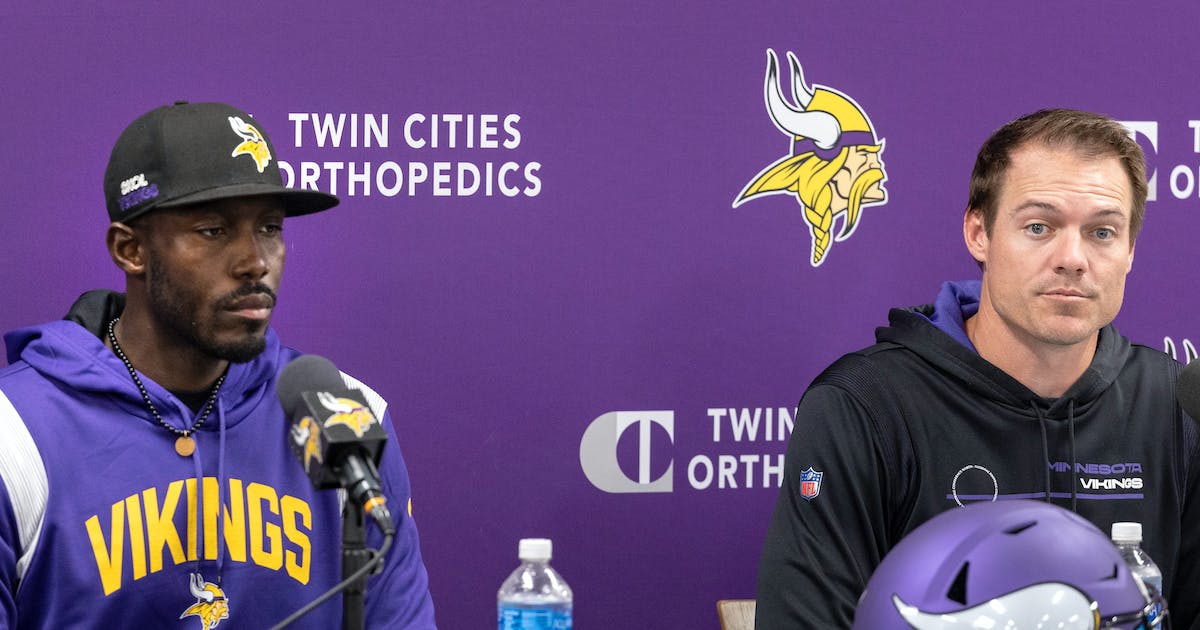 Vikings and Bears took different approaches to cleaning the house

For about a quarter of the Vikings regular season, quarterback Kirk Cousins ​​pointed to inspiring special teams play and general discipline to limit penalties as two key ingredients to the franchise’s 3-1 start, his best since 2016. He’s seen positive signs for how far the Vikings can go if they become more consistent on offense and defense under head coach Kevin O’Connell.

Cousins ​​relies heavily on the talent around him to make it happen. It didn’t feel like a guarantee 10 months ago when the Vikings fired their general manager and head coach. The Bears, Sunday’s opponents at US Bank Stadium, did the same, but the teams chose drastically different paths to reset.

The Bears hired Vikings candidate and former Chiefs assistant Ryan Poles as general manager and began a roster teardown around second-year quarterback Justin Fields. The Vikings signed Kwesi Adofo-Mensah and, with co-owner Mark Wilf’s edict to be “super competitive”, brought back the same core. Many of the same faces welcomed Cousins ​​into the locker room this spring.

“It’s not a good feeling when you start OTAs and look around the locker room and worry about plays, and worry about ‘What are we going to do in this position?’ or ‘What’s our answer here?'” Cousins ​​said in April.

The Vikings returned 80% of snaps on offense, introducing just one new starter in right guard Ed Ingram, and 58% of snaps on defense, where more than $30 million was guaranteed to sign point taker Za’Darius Smith , nose tackle Harrison Phillips and linebacker Jordan Hicks.

The Bears’ massive roster overhaul saw All-Pro Edge rusher Khalil Mack traded to the Chargers and veteran receiver Allen Robinson and defensive tackles Akiem Hicks and Eddie Goldman let go. The Poles kept just 54% of snaps on defense and offense in Chicago, where the biggest outlay on outside help was $6 million a season for 26-year-old defensive tackle Justin Jones.

Still, the Bears come to Minnesota with more than moral wins at 2-2, a steady start under first-year head coach Matt Eberflus, the Colts’ former defensive coordinator. Two fourth-quarter touchdowns gave the Bears a win over the 49ers in a rainstorm, and a 30-yard field goal lifted them over the Texans in the dying seconds. Two potentially galvanizing wins, said O’Connell, whose Vikings also had narrow victories over the Lions and Saints.

“They’ve had emotional wins here and team building type wins like we kind of have,” O’Connell said. “You feel a lot of similarities from the start of building the program you put in place, and those Sundays are so important to go out and learn a lot about your team, but keep trying to improve. I’ve always had so much respect for [Eberflus] as a defensive coach in this league but also as a leader, a leader of men and certainly his team seems to be heading in the right direction.”

While the Bears offense is a relic — Fields’ 34 completions are the fewest by an NFL quarterback to start a season in the past 40 years — Eberflus has the defense playing well with two key veterans linebacker Roquan Smith and safety Eddie Jackson. They’ve allowed more than 20 points just once so far — 27 to Aaron Rodgers’ Packers.

O’Connell is looking for a full effort on offense and defense from the Vikings for the first time since the season-opening 24-7 win over the Packers. Expectations remain high even as players and coaches continue to adapt to new playbooks.

“You have to turn over every stone as best you can, no matter how little time we have for the task,” Cousins ​​said. “There is no excuse. Now, that being said, after 40 games, are you going to be on a different level in this offense? Yes, you will be.”

Babus to leave house after leaving post in Chandigarh: The Tribune India