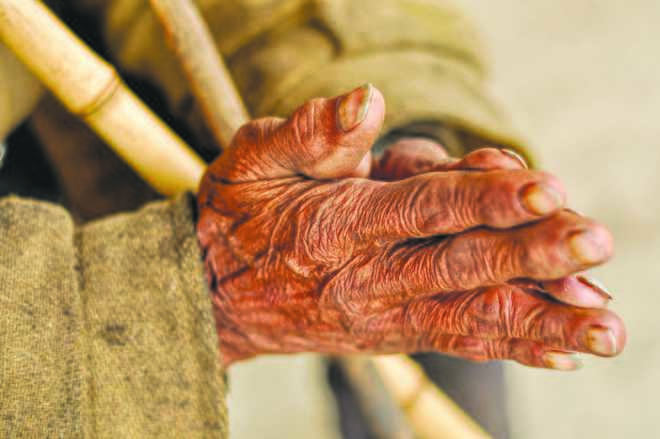 Last weekend, while I was at my relative’s house in Pindiyan, a sleepy village in Tarn Taran district, an elderly man came three times to give verbal invitations from three houses – two for wedding ceremonies and one for someone’s prayer meeting.

I knew it was a laagi, as the villagers call them, who are hired not only as domestic helpers at social events, but also to extend invitations. It reminded me of the house in my mother’s village in Butala near Amritsar, where I had seen the same faces, including many women, since my childhood, offering invitations. A laagi or laagan plays an intriguing role and has been a part of rural life for centuries. They come unannounced, but their presence seems more like a theater scene to me, especially when a laagan shows up, who is truly a wealth of information, sharing the latest gossip, quarrels and splits in the families of the village to the flights and love affairs – all with perfect facial expressions. No wonder, for many these are their favorites, with whom they can continue, starting with the details of the house from which the invitation comes. And to catch them treats, some don’t hesitate to offer them a big cup of tea.

I see them come in with a big basket of traditional delicacies on their heads – bhaaji is given out to celebrate the birth of a baby or for a wedding or any other good news. Covered in colorful embroidered cloth, underneath are sweets prepared by the village women: laddoos, shakarpare and an array of old-fashioned pastries with rich fillings – served hot and fresh.

While in the village most houses receive verbal invitations, there were also days when they were sent to distant places to deliver invitation cards to relatives, as well as homemade sweets. In return, they received a small sum of money or clothing, especially laws and sweaters. In the process, they bonded everywhere. In the past, on their rounds in the villages as well, they were given grain or flour instead of money, which is commonly given today.

They also tell of their service in the event of sudden death: knocking on the door of loved ones, when it becomes difficult to transmit the same news by telephone. And they had to be ubiquitous before the arrival of telephones. In Butala, I saw sadness on their faces, while sharing news of someone’s death in different houses, proving their old connection with the deceased. What touches me the most is their clever selection of words to remember the deceased soul.

Fortunately, even in the modern era, their role continues to be important in most villages. Hopefully the tradition will continue.