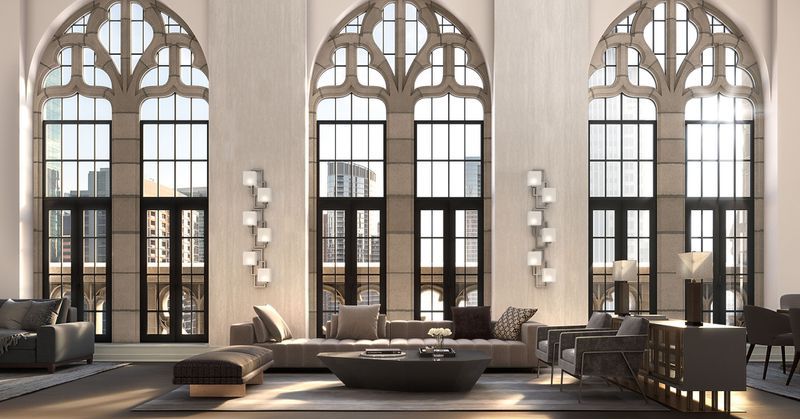 The new condos that will be offered inside the renovated Tribune Tower are as impressive as expected with estimated prices between $700,000 and nearly $8 million. New photo renderings of units inside the former home of the Chicago Tribune unsurprisingly show brightly lit luxury digs.

The Tribune Tower housed the Chicago Tribune for 93 years before being sold to CIM Group and Golub & Company for $240 million to be converted into residences. Work on the building began in 2018 and is expected to be completed next year.

The priciest units inside the building, a pair of four-bedroom condos on the 22nd floor, will cost $7.6 million each. There are a total of 162 units along with various luxury amenities like a spa, gym and golf simulator, according to Curbed.

From the view inside the indoor pool, you can see the iconic Chicago Tribune sign adorning the side of the building:

There is also an impressive lounge on the 25th floor which is sure to be a go-to for anyone looking to impress their guests.

The first moves are planned for the end of 2020.