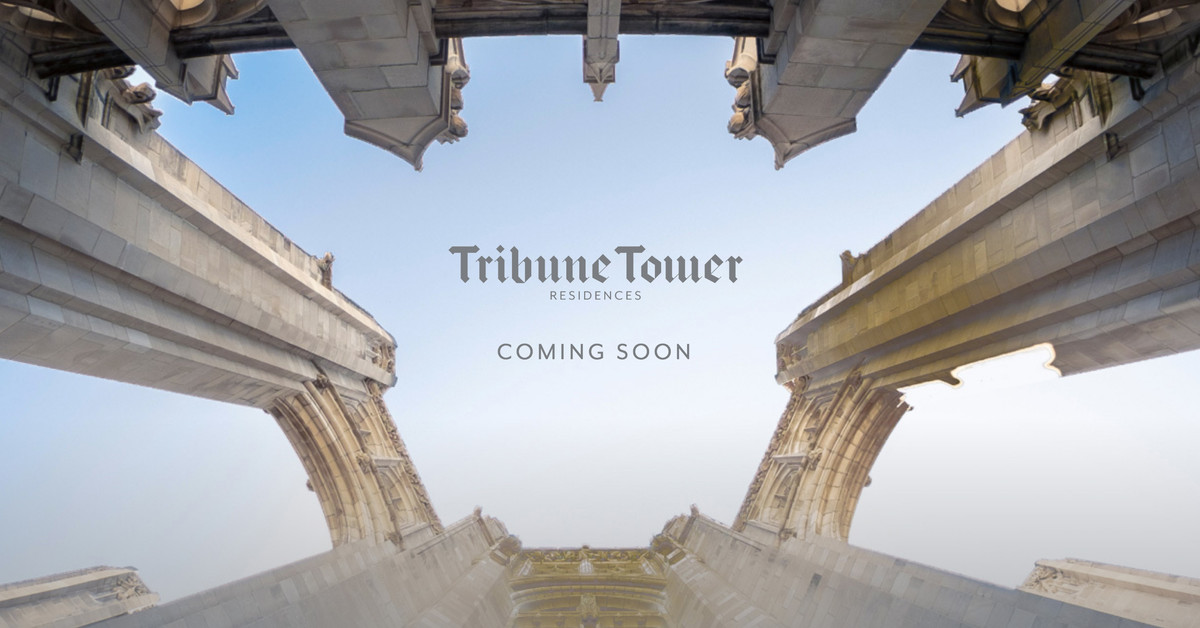 You’ll probably need Michael Ferro’s money to afford the luxury apartments in the former home of the Chicago Grandstand.

A one-bedroom residence in the Tribune Tower at 435 N. Michigan Avenue starts at $700,000 while a four-bedroom condo fetches more than $7 million, according to the tower’s new website.

The site is very light on the details of the updated interiors and amenities of the revamped neo-Gothic skyscraper that housed the Chicago Grandstand and its parent company for nearly a century. Register your interest, an email says the Tower Sales Gallery opens in August.

The homepage proclaims: “Live timelessly. An architectural masterpiece that graces the city skyline with a sense of permanence and beauty. Now meticulously transformed into elegant and stunning luxury residences. Find your once-in-a-lifetime opportunity.

But a full-page advertisement covered in a recent column by the from the grandstand Mary Schmich hints at what’s to come. The ad features an illustration in which a woman in a fancy white dress stands in a massive room with arched windows, an elaborate chandelier, and lots of sofas.

The irony of high-end residences in a former newsroom known for its unassuming interiors (and, yes, cockroaches) isn’t lost on Schmich:

“No no. It can’t be true. As newspapers across the country struggle, as journalists are laid off or work for pittance, people are going to buy multimillion-dollar homes in an old building of newspaper?

Chicago developer Golub & Co. and its Los Angeles-based partner CIM Group bought the historic skyscraper and surrounding buildings for $240 million in 2016 and later announced a plan to convert the building built in 1925 in 163 condominiums. Interior demolition is currently underway. The designers of the tower conversion are SCB, or Solomon Cordwell Buenz.

The $1 billion development also calls for the construction of a 96-story skyscraper just east of the Tribune Tower, but the city has yet to approve that part of the plan. The Tribune Company left its namesake building in June 2018 and moved three blocks to One Prudential Plaza.