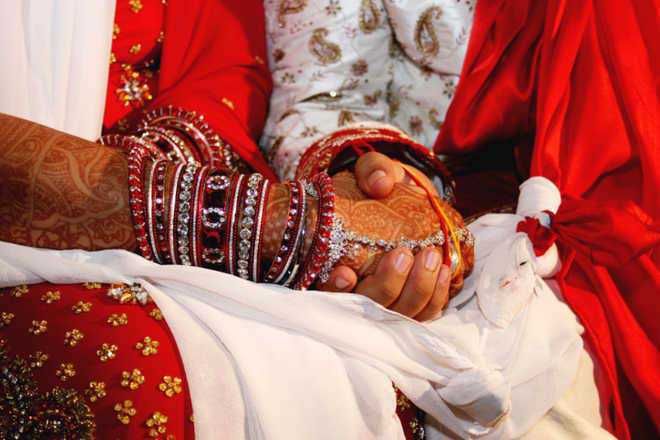 Trade secret of a village job: The Tribune India

About a century ago, there was a custom among the highlanders of northern India to give their daughters in marriage to suitors who could pay Rs 200 to Rs 500. Gold was then sold at Rs 40 the tola . A sum of Rs 200 would provide the ghanyara slate roof for the two-room house of the bride’s parents – the earthen house previously having only a leaky straw roof.

Puniya kanyadaan (marriage covenant without payment) was generally abstained due to the widespread belief that the groom’s family cared better about the bride brought home against payment than through kanyadaan. Men without money would go so far as to seduce and abduct girls for marriage.

Around this time, a man named Loksewak, a non-practicing Brahmin, landed in our village of Mandali – a remote place where the cops rarely ventured – with an upper caste woman brought by him from the plains. It took him little time to erect a two-room mud house facing the region’s motorable road. Loksewak, a harfanmaula (handyman), quickly earned the epithet “Panditji”. If there was a sick child in the vicinity, he would ward off the evil spirit by waving a mutha of peacock feathers around the sick person’s head, while chanting mantras known only to him. If there was a community feast, Loksewak would be the main leader. He forged horseshoes and repaired mule hooves. He tinned people’s brass utensils. And what not!

One day the clutch cable on my Royal Enfield broke. A spare part had to be purchased from a car agency 100 miles away – involving two days of hitchhiking up and down. I couldn’t afford it. I approached Panditji for a possible jugaad. While he was tending to my clutch wire, an elderly woman entered his internal forge with a hurricane lantern in her hand. She complained that the lantern’s wick wheel didn’t work. Panditji suggested that he leave the lantern and come and collect it the next day.

The woman who was leaving had hardly disappeared when Loksewak, putting aside my half-cut clutch cable, took the lantern. He opened his wick holder, scraped off the layer of carbon that covered it, and the wick began to move up and down like that of a brand new product. As the harfanmaula was about to fine-tune my clutch cable, I asked him why he had asked the woman to come the next day when he knew he could fix the fault in his lantern in a jiffy. . “It’s a trade secret,” he said, baffling me.

Listen now: Financial advice before buying a house, hunting trips and talking about the weather | National