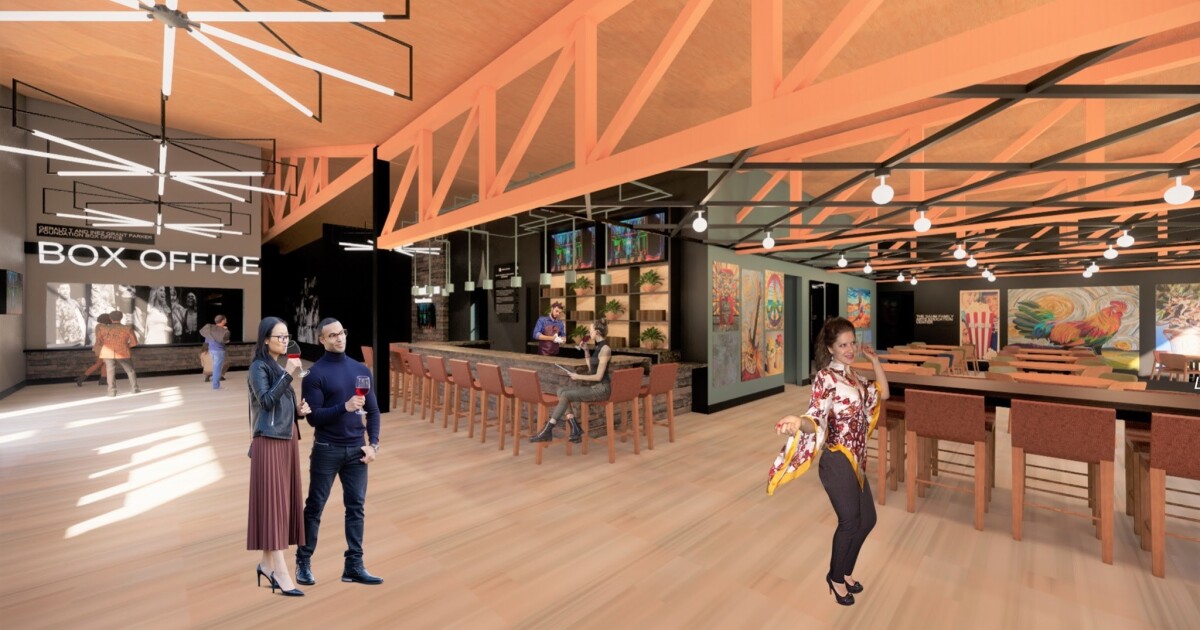 NVA reopens with a new season in December

The New Village Arts in Carlsbad will reopen in December after a six-month renovation with both a new name – the Dea Hurston New Village Arts Center – and a new season. Three of the four shows, which will run until next July, have already been announced. For tickets, call (760) 433-3245 or visit newvillagearts.org.

“The passer”: NVA Executive Artistic Director Kristianne Kurner directs the regional premiere of this Tony Award-winning play by Jez Butterworth about a Northern Irish family preparing for the annual harvest during the ‘Troubles’ of 1981. January 27-March 5.

“The room mate”: Described as “The Odd Couple” meets “Breaking Bad,” this 2017 comedy from Jen Silverman is about two unlikely middle-aged roommates who uproot their lackluster lives to embark on an adventure. March 24-April 23.

“Sing in the rain”: Postponed from the 2021-22 season due to construction issues, this musical based on the 1952 film tells the story of a silent film star and a showgirl who fall in love during the early days of talkies at Hollywood. May 12-July 2.

The 37th main season of Diversionary features four plays and musicals that address family dynamics and legacy through an LGBTQ lens. It opens December 1 and will run through June 2023. Tickets are on sale at (619) 220-0097 or diversionary.org. Here is the schedule:

“The Mystery of Irma Vep”: Diversion Executive Art Director Matt M. Morrow helms this campy and bizarre 1984 Charles Ludlam murder mystery set on the English moors, featuring two actors playing all the roles in a comedic send-off of the Hollywood films. 1940s gothic horror. The play was first produced at Diversionary 20 years ago. December 1 to 24.

“The high table”: Local actor Bibi Mama directs the US premiere of this 2020 UK play by Temi Wilkey about a queer London woman of Nigerian descent, whose decision to marry her girlfriend upsets her parents and shakes her ancestors out of their eternal rest . February 9-March 5.

“Monsters of American Cinema”: Written by San Diego playwright Christian St. Croix, this new play is the story of Remy, a widowed black man, and the straight white teenage son of her late husband, who attempt to build a relationship around their shared love for classic horror movies that they screen at the family drive-in theater. March 16-26.

“Crazy in Love”: Morrow leads the San Diego premiere of this 2015 jukebox musical featuring songs from the Go-Gos. Set in the mythical pansexual kingdom of Arcadia, the fairytale musical was inspired by Sir Philip Sidney’s 16th century poem “The Countess of Pembroke’s Arcadia”. May 25-June 18.

The 39th season of OnStage Playhouse kicks off next month, with six plays running through next July. Tickets are on sale at (619) 422-7787 or onstageplayhouse.org. Here is the schedule:

“Rest”: OnStage Artistic Director James P. Darvas helms the San Diego premiere of this mystery drama about the disappearance of an elderly resident of an Idaho nursing home during a blizzard. Aug 26-Sept. 18.

“Sugar in our wounds”: Yolanda Marie Franklin directs the San Diego premiere of this Civil War-era romance by queer black playwright Donja R. Love (“One in Two”). May 5-28.

“First date”: This 2013 Broadway musical from Alan Zachary and Michael Weiner is about a blind date between a man, a woman, and their own inner critics. 14 Oct-Nov 6.

“Slow Girl”: This 2012 drama from Greg Pierce is about a teenage girl who flees her uncle’s Costa Rican retirement to escape the aftermath of a terrible accident. March 10-April 2.

“Mugre”: Darvas directs the world premiere of this play about how the lives of three Latino men working at a San Diego car wash are disrupted by the arrival of a feisty Latina. June 23-July 16.