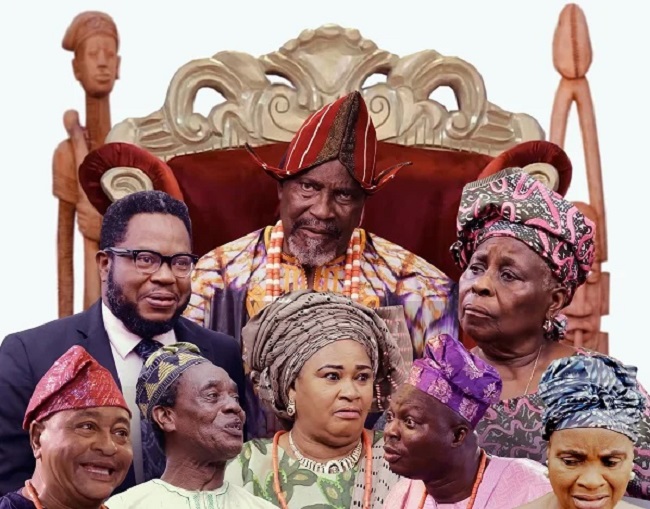 The popular TV series The Village Headmaster has been revived and will air by Sunday, April 24 on the Nigerian Television Authority (NTA).

Minister of Information and Culture, Alhaji Lai Mohammed, during the revival of the TV series at the NTA headquarters in Abuja, said The Village Headmaster was at one time without doubt the first TV drama series the longest in Nigeria, produced by the Nigerian. Television Authority (NTA) and ran consecutively every week for decades.

He explained that the series was set in Oja, a fictional Yoruba village, as it was woven around villagers’ lives, from royalty to education and more.

The minister, who was represented by NTA Director General Mallam Yakubu Mohammed, said the program captivated viewers and it was difficult to look away from the TV while the drama series aired.

“The Village Headmaster was an addiction for many viewers across Nigeria. Lovers of the sitcom rushed home at 8 p.m. every Sunday to watch it. Each of the stories in the series was captivating and each episode was memorable.

“The program was the first major show since the country’s independence and was also the longest running soap opera for many years until 1984.

“Several efforts have been made to relaunch the program. One that easily comes to mind was 2001 when NTA made a concerted effort to reintroduce The Village Headmaster. The audience was seriously excited.

“That excitement was dashed. Little did we know that these setbacks were the ingredients that would ultimately give the show lasting hope.

“And so, on Friday 4th September 2020, history was made when the NTA led by my humble self and Chief Wale Adenuga, CEO of Wales Adenuga Productions, signed a Memorandum of Understanding which officially marked the start of a partnership to bring “The Village” back to Television Immediately after, the two organizations began serious work, which led to the start of production.

“As of today, many episodes of the program are boxed and ready for audience enjoyment,” he said.

Mohammed added that unfortunately some of the original cast members have passed away and therefore are not here with us to witness the revival of this iconic series.

He said Ambassador Segun Olusola, former Nigerian Ambassador to Ethiopia, who created the series as a team of Western Nigeria Television – WNTV, now NTA Ibadan, is one of them.

He said the program featured some of the founding members of the series including Kabiyesi, Dejumo Lewis, Ibidun Allison (Amebo), Dan Imodu (Dagbolu), Dele Osawe (Teacher Fadile), to name a few.

Other prominent members of the new cast include Gice, Chris Iheuwa, Mr Latin, Funky Mallam, Jide Kosoko, Omo Ibadan, Okele and Fathia Balogun. The others are Rycardo Agbor and Yemi Shodimu. There is also Binta Ayo Mogaji, Jide Alabi and many others.

The minister commended the Nigerian telecommunications giant, Globacom, for what they did to ensure the program was successfully produced.

WAP TV Producer, Wale Adenuga praised NTA for their efforts in producing the program, he also praised Globacom for believing and supporting the production of the program.

He congratulated the WAP TV team for their hard work during the production of the programme.

YOU MUST NOT MISS THESE NIGERIAN TRIBUNE

Despite the huge investment in the water sector by the government and international organizations, water scarcity has become a permanent nightmare for the people of Abeokuta, the capital of Ogun State. This report chronicles the lives and experiences of residents obtaining clean, safe and affordable water amid the state’s surge in COVID-19 cases…

The Lagos-Ibadan Railway was inaugurated recently for fully paid operation by the Nigerian Railway Corporation after about a year of free trial. Our reporter joined the round trip train from Lagos to Ibadan and recounts his experience in this report…

[ICYMI] Lekki shootings: Why we lied about our presence — General Taiwo

The “Parents’ Charter of Rights” takes another step in the House