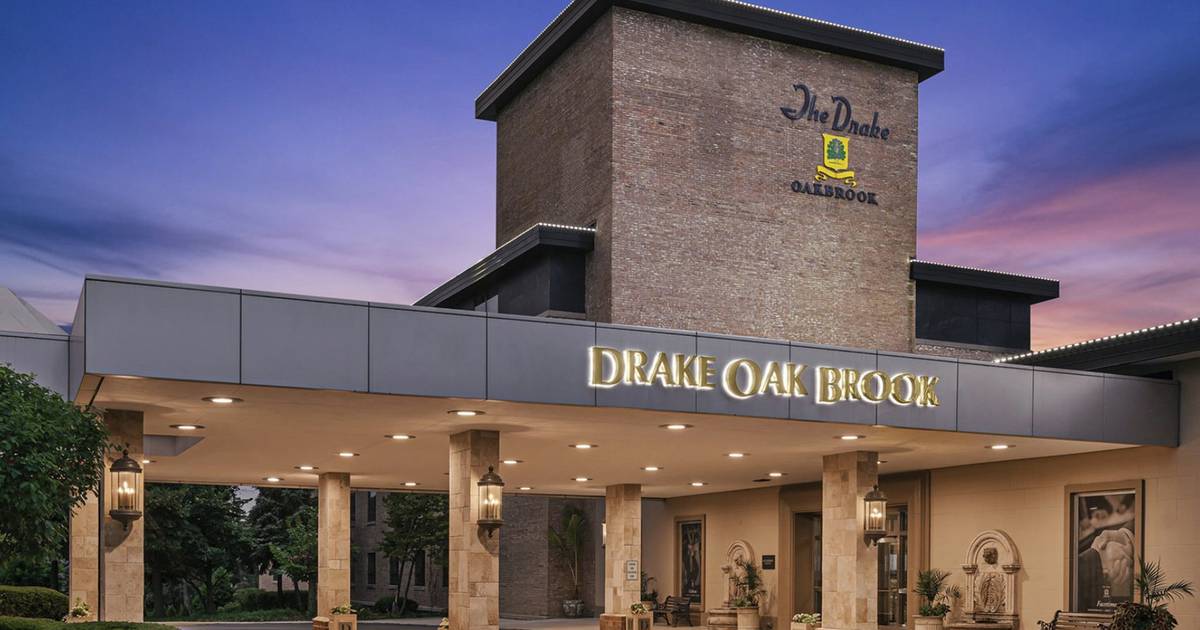 Winning awards is nothing new to the Drake Oak Brook Hotel.

But the recent news of being voted one of the best hotels in the world by Condé Nast Traveler, a luxury travel and lifestyle magazine published by Condé Nast, has taken the accolades to a new level.

“The other awards we’ve won have been exciting, but this one is really very special because it’s the gold standard,” said Jim Nagle, who along with his wife, Tely, bought the Drake in 2013. and reopened it two years later.

While the Nagles certainly have a right to bask in the kudos for their hotel, Jim Nagle credits most of the credit to the approximately 120 employees who work at the Drake.

“Our team is really the reason for that,” he said. “We always have people sticking around to comment on their wonderful experiences with our team. You can have a beautiful hotel, but it’s really having a great team that makes things special.

Team Drake’s commitment to excellence likely stems from the loyalty the Nagles showed to employees when the coronavirus pandemic shut down the hospitality industry in March 2020, a month after the Drake Oak Hotel Brook received the designation as part of the Autograph Collection, a group of independent upscale to luxury hotels within the Marriott International portfolio.

“Everyone was telling us we should shut down and furlough everyone when the pandemic shut things down,” Jim Nagle said. “We closed the hotel because we had to, but we kept our employees and found them other jobs.”

Most of this work involved remodeling the Drake.

“We had people doing all kinds of jobs that they had never done before, but that kept them employed with their health insurance,” Nagle said. “I think it made everyone feel appreciated, which they are, and now they still feel part of our family.”

Nagle is especially proud that the Drake has been recognized in a world that has many well-known hotels in major cities.

“We’re pretty much the only hotel with one of those prices that’s in a suburb,” Nagle said. “I think the big thing that separates us from other big suburban hotels is our outdoor space, which we landscaped.”

The Drake’s history at Oak Brook dates back to its original opening in 1962. In 2009, the hotel fell prey to a Ponzi scheme, closing the doors.

But the Nagles bought the hotel from the Institute in Basic Life Principles, an Oak Brook-based organization that planned to use it for seminars and as a dormitory. Before this plan fell through, the hotel, then known as the Wyndham Drake Hotel, fell victim to the recession and other factors. A former owner, a subsidiary of Chicago-based investment firm Wextrust Capital LLC, bought the hotel in 2008 for $20 million. Wextrust was later accused of operating a $100 million Ponzi scheme, according to a report by the Chicago Tribune. The two principals were sentenced to prison.

“It’s always been our goal and our dream to get to the point where we could win a Condé Nast Traveler award, but we didn’t think we’d get to this point so quickly,” Nagle said.

“There are a lot of great hotels there, but at the end of the day, people make people happy. And that’s what our amazing team does every day.

Chuck Fieldman is a freelance journalist for Pioneer Press.

Get a new Halloween reminder for a safer holiday