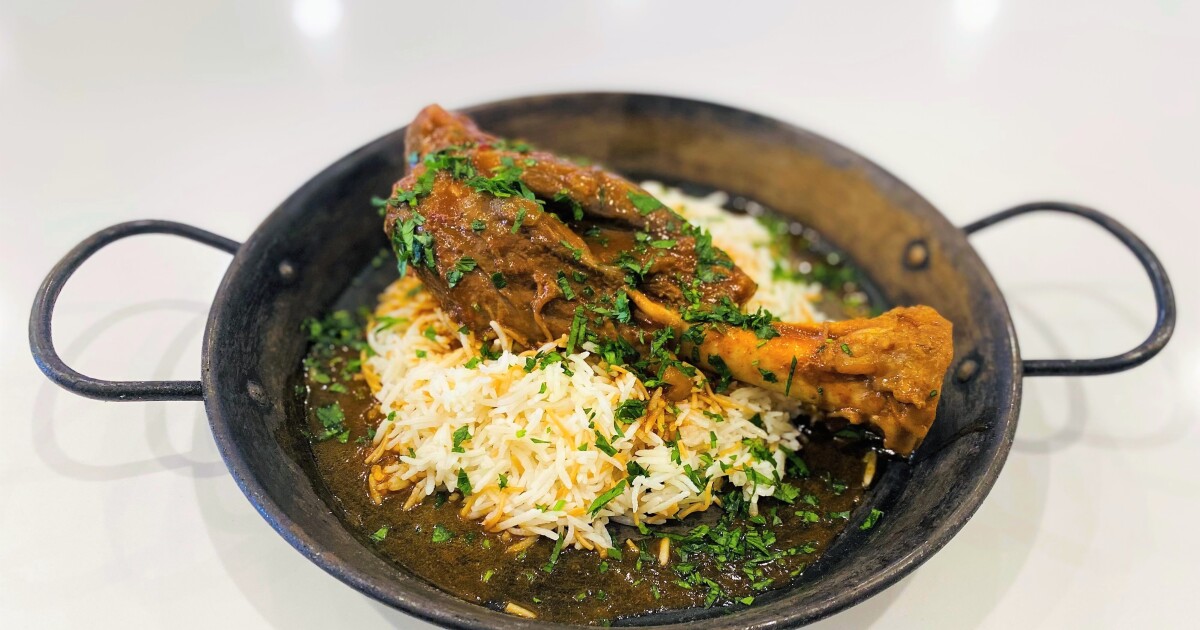 Cicciotti opened Village Kabob on June 26 in the 2,000-square-foot space once occupied by his now-closed Italian cafe, Café Ground Up, in the village of Carlsbad. Cicciotti said he decided to reinvent the cafe space last fall because after opening the cafe in 2018, eight more cafes opened in the surrounding area. After researching the market, he came up with the idea of ​​a kebab shop as there were no other Mediterranean restaurants serving the area.

The menu was created by veteran Lebanese chef Fouad Choker, who cooks everything from scratch, including pita bread, hummus, baba ghanoush, tzatziki sauce and shawarma rotisserie meats. The kitchen is managed by Berkay Jason Çentinkaya and the restaurant is overseen by Ilayda Maltaci, both of Turkish descent. House specialties include ground beef, chicken and brisket shawarma, beef, chicken and shrimp skewers, falafel, a trio of hummus, tabbouleh, dolma, fattoush salad and desserts, including baklava dough and muhallebi cream. Appetizers range from $14 to $25, with a braised lamb shank main course for $30.

The restaurant serves a daily brunch menu as well as dinner service after 4 p.m. banana leaves and presented in a clay pot that cracks next to the table. There are also fresh seafood dishes, charcoal roasted meats, salads, potato tostones and empanadillas. Visit inlovewiththecoco.com.

The new 12,000 square foot indoor-outdoor vineyard garden will replace the company’s other San Diego location in Little Italy, which recently closed after five years due to the end of the property’s lease. The new venue joins other Carruth locations in Solana Beach, Carlsbad and Oceanside.

Wine Spectator honored 27 San Diego County restaurants this summer as part of its 2022 Restaurant Awards, which recognize venues with no outstanding wine list and service.

The two-star Michelin restaurant Addison in Carmel Valley is the only local restaurant to win Wine Spectator’s Grand Winner award.

For more details on the winners, visit winespectator.com/restaurants.

Kragen writes about restaurants for the San Diego Union-Tribune. Email him at [email protected]