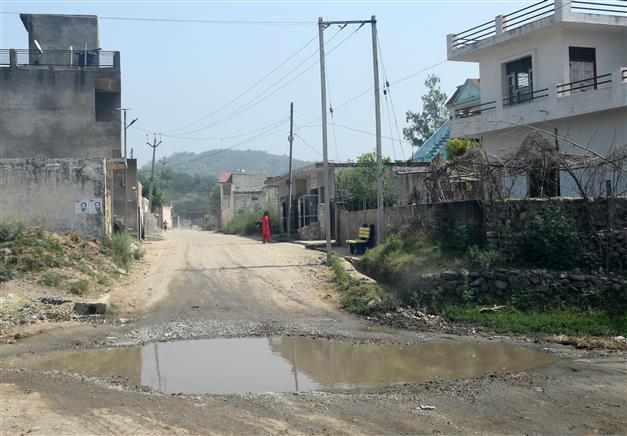 Tanda Karor village in Kharar Tehsil of Mohali district is 20 km from City Beautiful, but when it comes to amenities, the hamlet seems to be behind for ages.

There is no proper road and to approach the village you have to cross three streams which remain filled with water.

Jasvir Singh, a resident of Tanda Karor village, said that during the rainy season they, especially school children, had to wait for hours to cross these streams. You could only cross streams when the water receded, he added.

The village panchayat has written several times to the authorities for the construction of bridges, but nothing has been done so far, he said. “Furthermore, there is no bus service or other mode of public transport in this area, which has 12 villages. As there is no hospital or dispensary, residents have to go to the community health center in Nayagaon, which is 17 km from their villages,” he added.

Another resident of the village, Surinder Singh, said they had to depend on people with cars or tractors to take seriously ill patients to hospitals in Mohali or Chandigarh. He said the power outage during the summer season also made things worse for them in the intense heat conditions. There were two to three hours of power cuts in the village every day, he added.

“As Tanda Karor adjoins the hilly area, there is always a danger of wild animals like leopards descending and killing or injuring livestock,” he said.

“We have to go home in the evening because there is a risk of being attacked by leopards and other wild animals,” he added.

The sarpanch of Tanda Karor village, Balwinder Kaur, said they had written to the government to build bridges over the streams, but no dispensation in power over the past two decades had taken action in this regard.

With no health facility in the area, they had to either go to Nayagaon Community Health Center or travel to Pinjore for treatment, she added.

Asked about her views on the Mohalla Clinic announced by the Aam Aadmi Party government led by Chief Minister Bhagwant Mann, she said: “It is too early to comment on this as the government has just taken over the reign of the State a month ago. However, the locals hope to get the basic medical facility in the village.

OPEN DOORS: What to do to avoid reckless digging for constructions? : The India Tribune