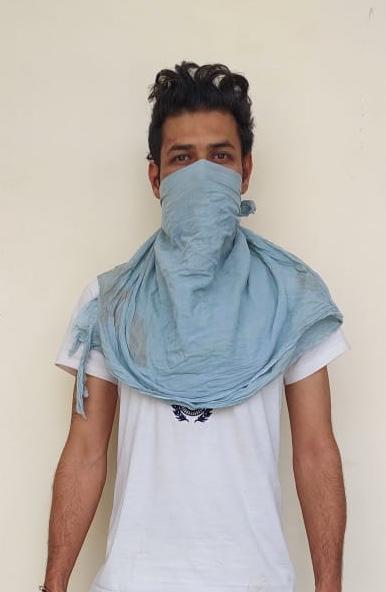 Police also recovered a Verna car used by the youths to commit crimes and holy books, in addition to a sharp weapon (kirach) found in the vehicle.

Although the exact reason for the blasphemous act of the youth, identified as Satnam Singh, alias Konty, a resident of Chaminda village, remains to be determined, the investigation team has ruled out the involvement of any disruptive agency or force in the incident.

Preliminary investigation revealed that Satnam Singh suffered from mental disorder for a long time and had a habit of physically abusing family members, including his mother and sister.

Examination of an FIR registered under Sections 295 and 511 of the IPC at Jodhan Police Station on Sunday morning revealed that Konty, a tailor from Chaminda village, entered the ‘dewan hal’l at around 7:25 p.m. Saturday and later attempted to commit sacrilege. However, Granthi Balbir Singh from Dango village and his assistant Gurdev Singh from Rajpur village in Mohali district prevented him from reaching Guru Granth Sahib. Satnam Singh is said to have searched through items in the “dewan room”, including small swords (Siri Sahib) and utensils used to dispense parsad.

Dismissing the possibility of involvement of some anti-national agencies or disruptive forces in the incident, DSP Jatinder Singh said preliminary investigations revealed that the accused had been mentally distressed for a long time. “Although the investigation team has not yet determined the exact trigger for the accused’s blasphemous act, preliminary investigations revealed that the accused underwent a brain scan performed at a private hospital in Ludhiana on Saturday. , which showed some deviations from the Ordinary. Earlier too, he allegedly abused his family members, including his mother and sister, on several occasions,” Jatinder Singh said.

Financial instability due to a lifestyle change and heavy borrowing, followed by alleged drug addiction, were cited as other reasons for the defendant’s unusual behavior.