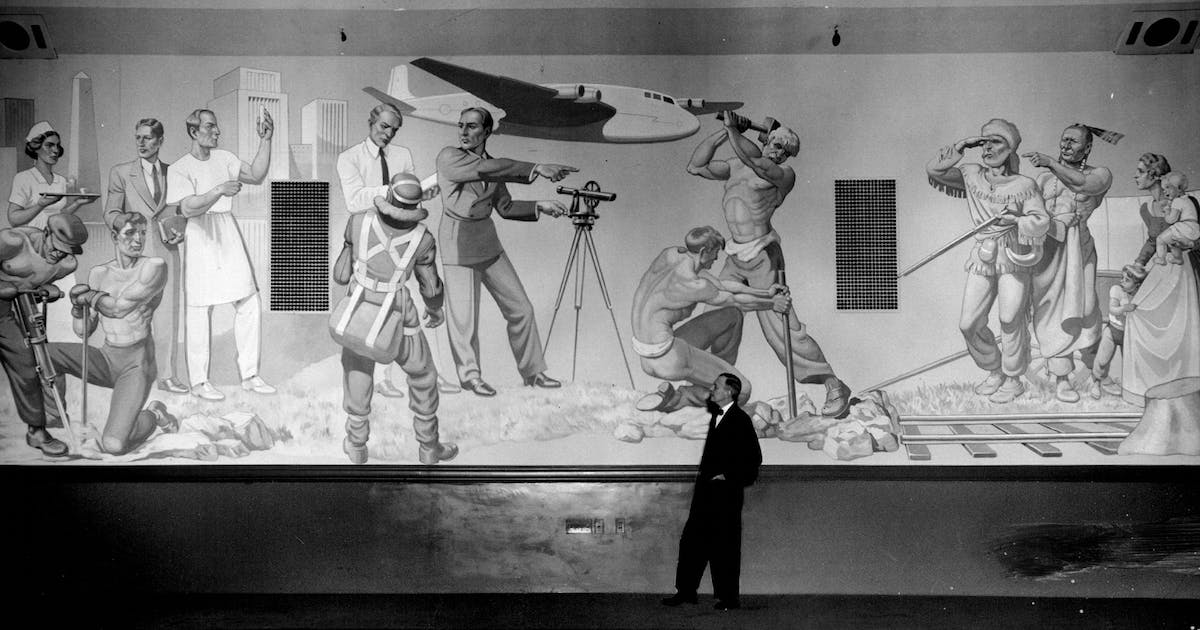 Retrospective: the mural provided a change of scenery for the grand hotel

Hennepin and Washington Avenues: This year, the doors open for the RBC Gateway, a 37-story structure over the tomb of the former Hotel Nicollet. The block’s hostel traditions will be continued by the Four Seasons. But will it have a particular fresco of significant historical significance?

The old Nicollet’s ballroom was renovated in 1947 and local artist Gustav Krollman was hired to paint a mural. Vienna-born Krollman came to the United States in the late 1920s and ended up teaching at the Minneapolis School of Art, now the Minneapolis College of Art and Design (MCAD).

It is a special job. On the left, a nurse brings a small cup on a tray, perhaps an aspirin to the jackhammer operators in the foreground, or perhaps a chemical requested by the doctor, who is doing his experiment outside that day -the. The skyline features a building that looks like Foshay Tower if someone had described it via a bad phone connection.

In the middle, an engineer is talking to a guy wearing a parachute, who might say, “I’m supposed to get a plane over here, and – oh no, it’s already taken off.” The surveyor wants to draw everyone’s attention to the guys breaking rocks and exposing the train tracks below.

On the right, an Indian guide plays a trick on the pioneer by telling him that the toilets are just above this hill. (The kid has to go. He should have left before he left Sweden.)

It’s gone now. Some of Krollman’s work has survived: he made travel posters for the Northern Pacific Railroad, including a famous rendition of Old Faithful, as well as murals in private homes. He painted the original Uptown Theater murals. No, it wasn’t Michelangelo. But the Old Masters didn’t have to paint around huge ventilation screens.