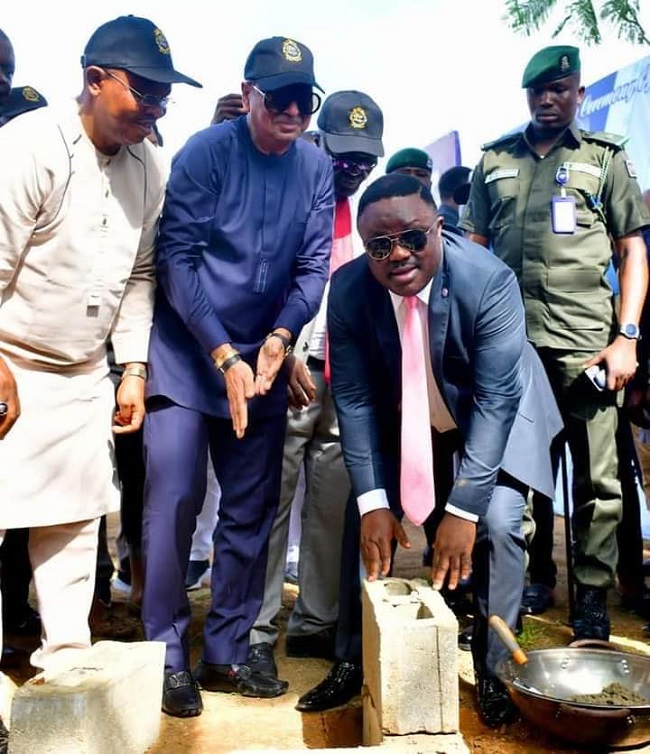 Less than two weeks after a momentous groundbreaking ceremony for Calabar’s first five-star hotel awaited by Cross River State Governor Benedict Ayade in Calabar, residents have expressed their disbelief and uncertainty over the actualization of the project.

The 5-star resort is approved for location along the Murtala Muhammed Calabar highway and is an investment by Indigo Hotels, owned by Mr. Manoj Jagtiani, a Sri Lankan investor.

According to Governor Ayade at the groundbreaking event, “This hotel brings something very special. We cannot say that Cross River and indeed Calabar is the center of tourism in Nigeria when indeed we do not even have a hotel that we can identify as a five star hotel for guests.

“A lot of investors will start looking for where to sleep. I have a special regard for my dear friend, Mr. Jagtiani, who found it necessary to invest in Cross River State. This hotel is something iconic and defines Calabar as an iconic, beautiful and exceptional city”.

However, some residents doubt that the inauguration of the works was only a demonstration.

“I am Johnson Okokon, I am sick and fed up with the many groundbreaking works we have had since 2015. President Buhari has yet to come to commission the highway and the Bakassi Deep Seaport, on which he carried out a huge project in 2015. So what difference will this hotel project be? It’s just a show-off, I don’t believe in the certainty of this mockery, “remarked the respondent.

Similarly, a hotel manager, Ms. Augustina Ejike, felt that Governor Ayade, on her part, had done little for the hospitality industry, matching words with deeds.

“I don’t like listening to the governor most of the time because he hasn’t proven his ability to speak for the hospitality industry since he took office,” Ejike said.

Furthermore, a lawyer, Christian Edikemfon, said: “Unfortunately, he (the governor) has indirectly devalued the same hotel and tourism sectors that he tried to promote.

“Previously, Cross River was booming in tourism and hospitality. haven’t we done it all without 5 star hotels? You see, when a man drowns, he will blame even the dead leaves on the waters,” he argued.

A university professor, Dr. Adams Unimke is of the opinion that “His Excellency Benedict Ayade is not ready to grow Cross River, let everyone turn their minds away from their government, he is taking the state to nowhere” .

Meanwhile, according to the seven-month period mentioned by the governor, the hotel should be completed by April 2023, before the inauguration of the next administration.