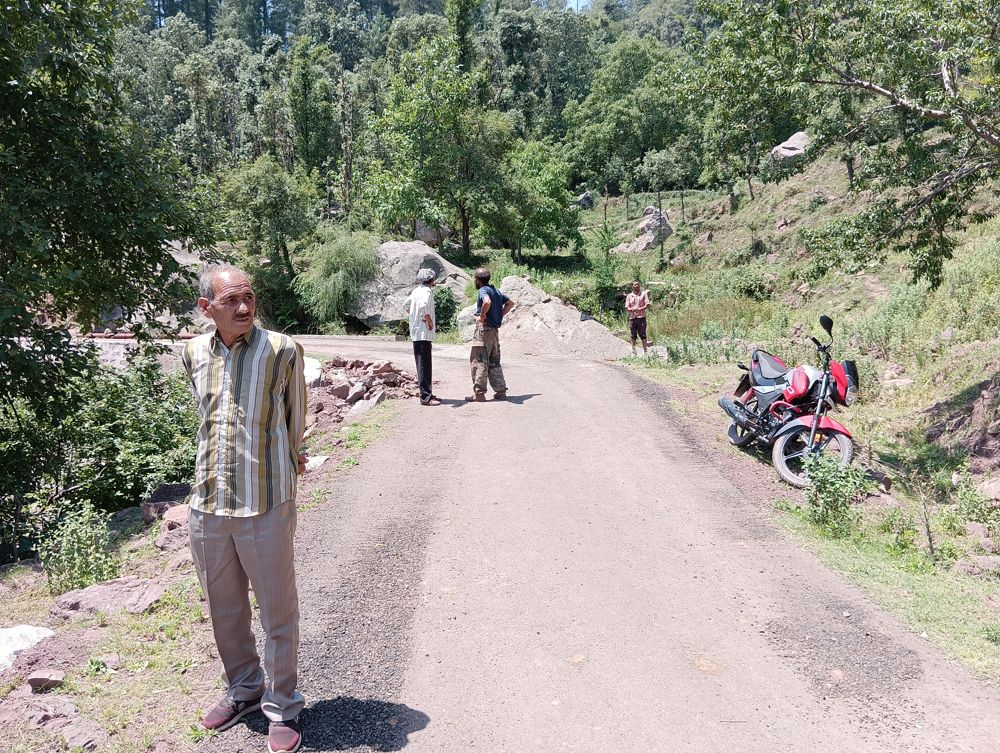 Ravaged eight years ago by a massive landslide, the village of Saddal-Panjar in Panchari, Udhampur district, is still awaiting government attention. Many houses still do not have electricity and water. On September 6, 2014, huge boulders and mud crashed into houses in the village, killing 40 residents and destroying 65 houses and a school building in the hilly area. The school has not been rebuilt and the children are studying in a makeshift structure. Rescue teams reached the village with great difficulty and took months to find the bodies buried under the rubble.

My son and I were not home when tragedy struck after heavy rains on September 6, 2014. I lost six family members, including my wife. — Kapoor Singh, villager

Several people lost their entire family and found themselves alone without land or a home. Recalling the horror, Kapoor Singh says it happened around noon after heavy rains. “I lost six members of my family, including my wife. Only my son and I survived as we were not at home at the time,” he says.

He said Union Minister Jitendra Singh, MP for Udhampur constituency, came to the village and assured help. “But we are still waiting for the village to be rebuilt and our lives to resume,” said Kapoor Singh, who runs a small shop about 14 km from the village.

Although electricity poles nowadays can be seen being transported to the top of the hill for installation, villagers say the government forgot their fate after the incident. Electricity and water supply have not been restored to date. Most villagers use solar batteries to charge their phones and for lighting.

Another villager, Sansar Singh, whose house was close to the impact zone, says he has not seen electricity in the area for the past eight years. “My grandchildren only study during the day and we have no choice in the evening. Now the electric poles have reached the village and I hope we will soon have electricity,” he adds.

Many displaced families received land from the government.

Jasvir Singh, SDC Advisor, Panchari-Moungri, says electricity and water supply have not been restored so far. “We had asked the government that the affected families receive assistance and that those who lost their homes and lands be resettled so that they could earn a living,” he adds.

The road to the village was built under the Pradhan Mantri Gram Sadak Yojana.