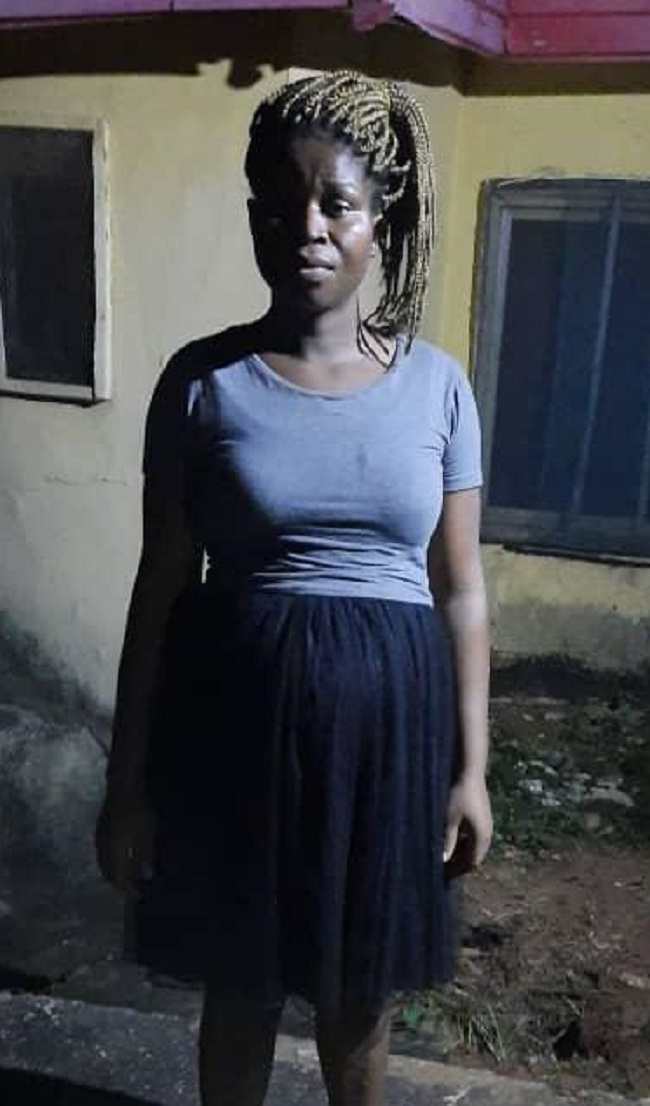 Anambra State Police Command has arrested a suspected 29-year-old woman, Ms. Onwanna Nnenna, for the attempted murder of her housekeeper.

State Police Public Relations Officers, DSP Ikenga Tochukwu, who revealed in a statement, in Awka on Sunday, said the suspect pushed the victim, Miss Ijeoma Nwafor, from Achalla, in Awka North Local Government Area when she beat her.

He said the suspect Ms Nnenna is from Nando, Anambra East Local Government Area and the incident happened in Otu Street, Awada Onitsha on 2/7/2022, around 4 p.m.

According to the Police Public Relations Officer (PPRO), preliminary information shows that the victim, 14-year-old Miss Ijeoma Nwafor F, from Achalla, Awka North Local Government Area, was pushed towards the bottom of a four-story building by the suspect while she was beating her. Other details reveal that the victim is a housekeeper of the suspect.

Meanwhile, Ms Nnenna is currently in police custody and the victim is being treated in hospital. Further developments will be communicated, please.

YOU SHOULD NOT MISS THESE NIGERIAN TRIBUNE HEADLINES

A woman was found dead and another man unconscious in an office at No. 7, Factory Road near Eziukwu Bus Stand, Aba, Abia State over the weekend…Police arrest a woman…