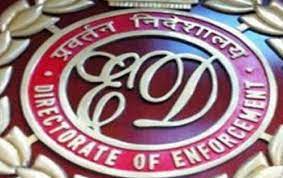 The Law Enforcement (ED) Directorate said today that it has filed an additional charge sheet with a special court in Lucknow under the PMLA against PFI leaders Abdul Razaq Peediyakkal alias Abdul Razak BP and Asharaf Khadir aka Ashraf MK alleging that a hotel in the UAE “used” as a money laundering front for the Islamic organization.

The people charged – Abdul Razak BP and Ashraf MK – were arrested by the agency in March and April, respectively.

The court heard the indictment in which the agency identified “proceeds of crime” to the tune of Rs 22 crore, the ED said.

On the role of PFI Kerala state executive board member Ashraf MK, the ED alleged that he was involved in funding the organization and related entities.

The ED further stated that Abdul Razak BP was “involved” with him in carrying out money laundering activities of the PFI and related entities through this restaurant. “He (Ashraf) received proceeds of crime of around Rs 48 lakh from his brother who ran Darbar Restaurant. Another company owned by him, Tamar India Spices Pvt. Ltd, was also used to launder the proceeds of crime,” ED said.

Ashraf, former chairman of PFI, Ernakulam, was arraigned by the NIA as a defendant in the Prof Joseph helping hand case in 2010, he said, adding he had been ‘actively’ involved to the activities of PFI-related entities such as the Social Democratic Party of India and its student wing CFI.