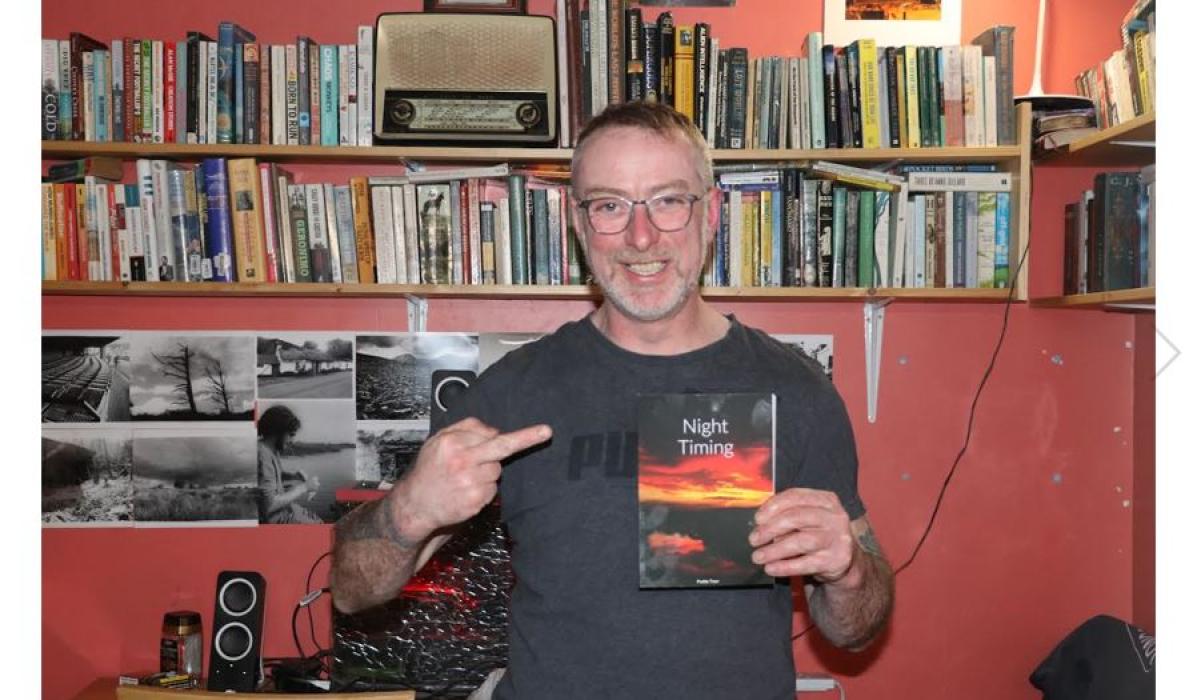 The changing face of an East Donegal village in the still turbulent 1990s is the subject of Night Timing, the latest book by musician/author-cum-scaffolder, Paddy Toye.

If this latest offering is about as good as its previous releases, readers are in for a wild ride, an honest exploration of the mundane things that only the Ballindrait native can conjure up.

“I’ve been writing for twenty years now. I started writing small articles for the Tírconaill Tribune and another small publication when I moved to Galway. It was just for fun, I still almost always worked in construction to pay the bills.

“I read a lot, it seemed natural to me to start trying to do it myself, even though I have since abandoned all pretensions of becoming a serious writer and making a living from it. I will probably climb scaffolding until my body collapses.

“I studied journalism at Rathmines College and spent time working for the Donegal Democrat, Donegal on Sunday and a few other North West newspapers, but it all came together during the recession and I had to move to london and go there again on the tools.

Paddy thought he had escaped from the construction sites but, he says, they keep bringing him back.

“I had some success when I had a properly published book in 2010 called Paddy Toye’s Donegal, 12 walks in the Donegal mountains. I actually got paid to write this, which was nice. I got great reviews of this book and people are still talking about it.

“Since then, I’ve self-published random titles for fun, including Cloud Hunter, Cuckoo Spit, Where’s me Wellies, and a travel book called Despair and the Art of Bicycle Maintenance. Some of these books are available on Amazon, but I don’t pay much attention to them or what they do.

His latest book Night Timing has been on the table for a very long time.

“And I’m glad it’s finally over. It’s a collection of short stories from my youth growing up around Ballindrait and Lifford. I was trying to capture the vibe of the place at the time, the boredom of living in a pub village and not yet having developed the means to change things for myself.

“It’s about all the nonsense we did to pass the time and have fun until the day of allowance. The quiet moments that make up a lifetime, sprinkled with random bursts of chaos. The world was a very different and smaller place back in the days of the 1990s.

“It was before the internet, before cell phones, before 500 TV channels, it was before a lot of the things we take for granted today, and there was no work worth doing. talk about it. Then when I finally left the house and the whole Celtic Tiger thing blew up – it was like being shot by a cannon. But that’s for another book.

The hotel fell; the church remained