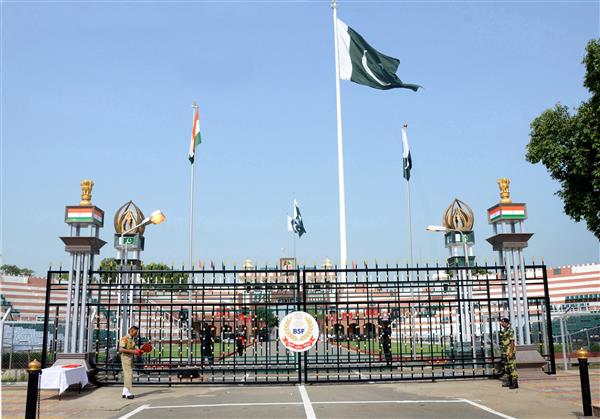 Once a humble village, Attari has come a long way: The Tribune India

The Joint Check Post (JCP) between Attari (India) and Wagah (Pakistan) now has flashy doors on both sides. It is here that the retreat ceremony is organized by the Border Security Force (BSF) and the Pakistani Rangers, attracting thousands of spectators every day. In addition, the JCP facilitates two-way trade worth millions of dollars. It was a different story in 1947.

Two days after independence, confusion reigned among the people of Attari and Wagah as to whether they lived in India or Pakistan. Lord Mountbatten, the Viceroy of India who oversaw the partition, had published a map prepared by British lawyer Sir Cyril Radcliffe, but it did not clearly mark the dividing line between Amritsar and Lahore.

The Partition Museum, housed in the colonial-era City Hall in Amritsar, has rare photographs and videos that explain the birth of the JCP Attari-Wagah. The pillars marking the boundary line were laid by Brigadier Mohindar Singh Chopra nearly two months after independence. The original red pillar with a silver plaque installed 75 years ago bears the Brigadier’s name. “The foundation of the Flag Staff was laid by Brigadier Mohindar Singh Chopra on October 11, 1947,” it read.

Rajwinder Kaur, director of the Partition Museum, explains that Brigadier Chopra, who took command of the 123rd Infantry Brigade in Amritsar on October 8, 1947, was given the task of defending the turbulent Attari-Wagah crossing was teeming with refugees. He realized that the task was difficult as there was no dividing line indicating where exactly the GT road entered Pakistan. His son Pushpinder Singh Chopra, in a music video played repeatedly at the Partition Museum, said his father contacted his Pakistani counterpart and was pleasantly surprised to find he was his old friend. Both had served in the same regiment before partition. The two met at the boundary line after which drums with stones were placed along the berms of the GT road, separated by a small swing gate, marking the international boundary. The sentry boxes and tents were painted in the colors of the flags of the two camps. Two flag poles were installed and the border was officially drawn.

The Attari-Wagah checkpoint now serves as a transit point for bilateral trade, creating hundreds of jobs on both sides of the border.