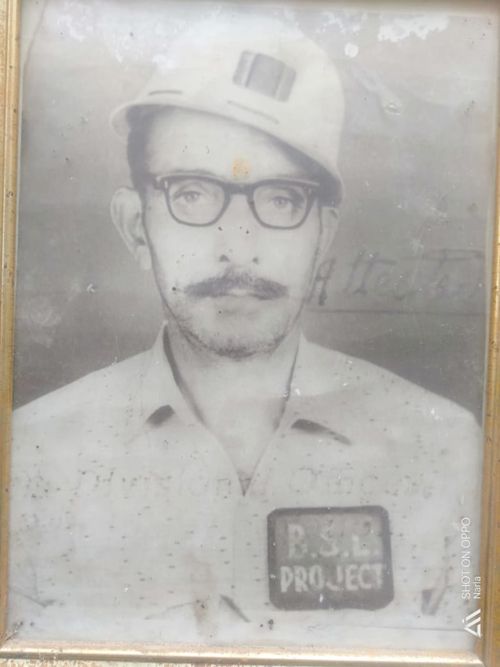 The family demands to name the Narla University College in Darang in their name and the construction of a road to their house in Narla, but the governments did not pay attention.

Died in 1974 during works at the Pandoh dam

Born on June 13, 1917 in the village of Narla under the panchayat of Kunu in Mandi district, Mool Raj had fought the freedom struggle as a soldier in the Indian National Army (INA) led by Subhas Chandra Bose. He was married to Mohini Devi. The couple had no children.

Mohini Devi told The Tribune, “My husband drove Bose’s vehicle and was considered his close associate.”

“During the struggle for freedom, my husband was tortured and kept in prison in several places, including Burma, now known as Myanmar, by the British from 1942 to 1946. In prison, along with other fighters from freedom, he had dug a tunnel with his bare hands to escape from prison. He and his comrades escaped from prison and reached India,” she added.

Prakash Chand Thakur, the freedom fighter’s nephew, said: “After independence, he worked on an Indo-German project in Mandi. Later, he was appointed operator for the construction of the Pandoh Dam. During construction on October 8, 1974, a rock from a hill struck him, killing him on the spot. His name was inscribed on the list of martyrs of the Pandoh Dam in Mandi.

“In 1972, Mool Raj received Tamra Patra from Prime Minister Indira Gandhi for her contribution to the freedom struggle,” he added.

He said, “Previously, the district administration used to invite the family to Republic Day and Independence Day functions, but in recent years we have not been invited.”

In South Florida, Donald Trump offers luxury condos and hotels – but with his name on them? | national