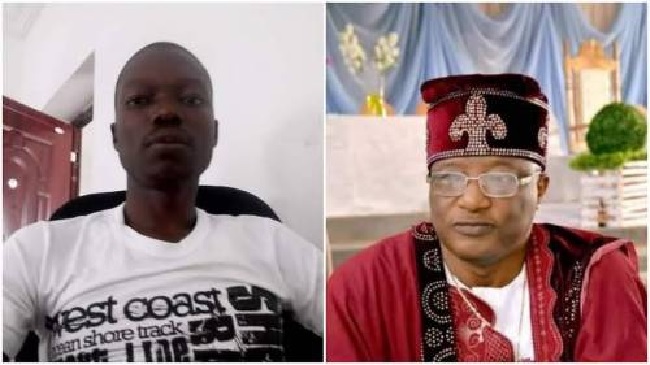 JUSTICE Inyang Ekwo of the Abuja Federal High Court on Tuesday rejected the bail application of the detained founder of the Hilton hotel in Ile-Ife, Dr Ramon Adegoke Adedoyin.

In the alternative, Adedoyin asked the court to grant him permission to have access to the quality medical facilities of his choice pending the conclusion of the police investigation and his possible indictment.

Judge Ekwo therefore adjourned the case until December 9 for a hearing. Adedoyin, the owner of the hotel in Ile Ife, Osun State, where Timothy Adegoke, a master’s student at Obafemi Awolowo University (OUA), was murdered, has been arrested for some time now. in connection with the murder.

In a supporting affidavit, Chief Segun Aworinde, who described himself as Adedoyin’s younger brother, said that despite being told that Adedoyin was hypertensive and diabetic, police have refused to release him or allow him access to a quality health facility since his arrest on November 15.

According to him, he knows “Adedoyin as an established industrialist and educator and also a business mogul who owns several higher education institutions, including the University of Oduduwa, Ile-Ife. He is about 65 years old and has business interests spread across the country. ”

He added that Adedoyin had been “arrested on November 15 by the Respondent (IGP) and has since been in custody in connection with certain allegations concerning the mysterious death and the dumping of the corpse of a certain Timothy Adegoke, who allegedly stayed in the applicant’s hotel, Hilton Hotels and Resorts, located in Ile-Ife, in Osun State.

“From my relationship with the Applicant as mentioned above, I know for a fact that the Applicant has been a patient with hypertension and diabetes for over 15 years and is taking specialist medication and treatment, including, but not limited to, traditional herbs, but to which he was unable to access.

YOU MUST NOT MISS THESE TITLES NIGERIAN TRIBUNE

Lagos is the second least livable city in the world for the year 2021. This is according to the most recent annual ranking established by the Economist Intelligence Unit (EIU) …

FACT CHECK: Has UNICEF declared that blocking children’s access to pornography is a human rights violation?

ALLEGATION 1: A Twitter user claims that UNICEF has said that any effort to prevent children from accessing pornography could violate their human rights.