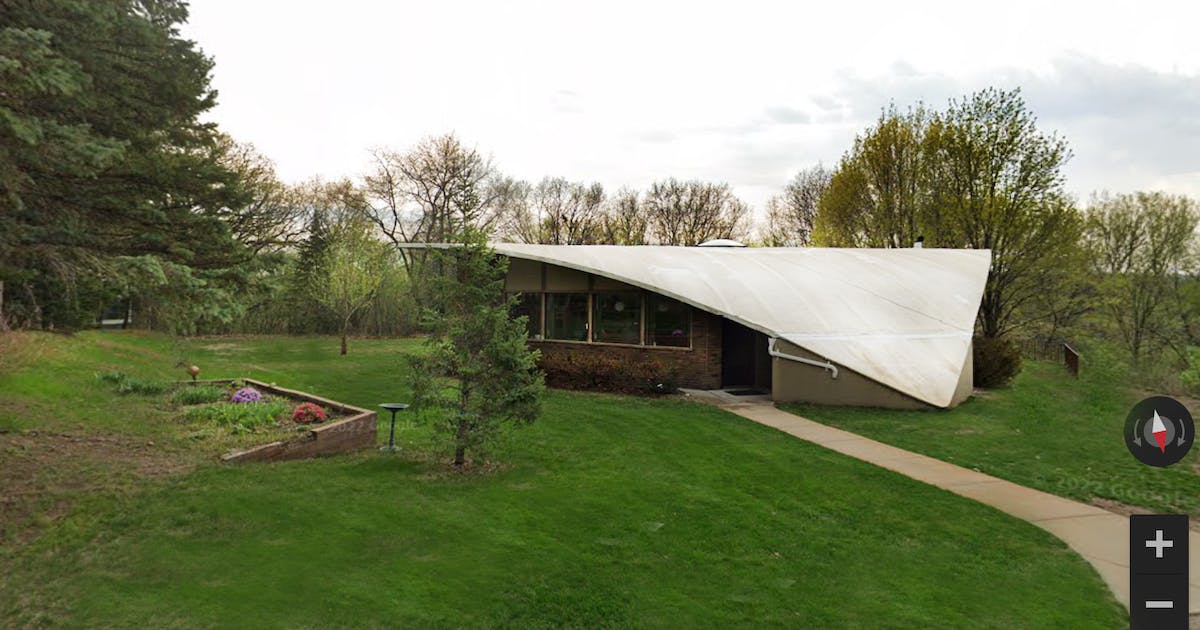 Growing up, Paul Lang lived in the “Arch House”, in Minnetonka. He was used to curious questions about the house with the curved fiberglass roof back then. He still has those questions now.

“I get comments from people who want to come see the house. Or, they’ll say they know it from growing up in the neighborhood,” he said.

It turns out that the house off Dominick Drive was a Federal Housing Administration experimental house when it was built in 1965. Lang’s father, an engineer at Honeywell, designed the house in collaboration with an architect friend.

“He was ahead of his time in what you would call an energy-efficient home,” Lang said. “He called it ‘solar gain’ in reference to your home or structure receiving heat from the sun.”

The house has a double brick wall with insulation in the middle as well as a large skylight and 16 windows of 5 feet by 5 feet.

“The brick has become a big factor in keeping it warm in the summer and keeping it cool in the winter,” Lang said. With the large windows, which were also sealed, “sunlight just came in. In winter, sometimes the heat didn’t even need to come in until nighttime, when the sun went down.”

While Lang can attest to the solar efficiency of the interior growing up in the home with her three siblings and parents Keith and Elizabeth Lang, it’s the exterior that has caught the most attention of passers-by.

“Probably the newest structure of the house is the curved, stress-skinned roof – not supported by interior posts or columns. The roof is a sandwich construction of plywood, urethane foam and fiber-reinforced plastic – ‘built like an airplane wing,'” wrote Lora Lee Watson in a 1966 Star Tribune article about the house.

The roof his father designed — in which two sides slope steeply almost to the ground — was primarily for convenience, Lang said.

“Because we live in Minnesota, he made the roof clear of the snow and leaves that were building up,” Lang said. “The curve lent itself to being a fiberglass roof, and like a fiberglass hull on a boat, there are a lot of curves. Fiberglass eliminated the need for shingles and replaced shingles every years. The curved roof was very wind resistant and aerodynamic.”

The roof was also designed to work in tandem with the central air to keep the house cool during the hot months. “He made the roof white because in the summer gray or black roofs can get very hot,” Lang said.

Now that their parents are gone, Lang and his siblings have decided to list the two-bedroom, two-bathroom home on nearly 2,000 square feet.

Lang said that when the house was built, the interior was considered equally modern, with the design complementing the domed roof in its own way.

“There were no houses that looked like that,” he said. “Even the kitchen counter had a curve and wasn’t a square box, which made it aesthetically unique.”

The property is also unique – just over 2.5 acres, it can be subdivided into two to three lots. And the location provides easy access to Shady Oak Lake, Shady Oak Beach, and the Minnesota River Bluffs Regional Trail.

Lang, who is leading the sale-by-owner transaction, said future owners will have to decide whether they want to make major upgrades to their home – the old roof needs replacing – or start from scratch.

“It’s just not about putting a new roof on it like any other roof. If someone buys the property and has to invest $100,000 in the roof, they might think twice about replacing it. , so it could most likely be a teardown,” Lang said.

However, investing in a new roof is not out of order if future owners think it is worth it.

“The rest of the structure is good,” he said. And “if they wanted to maintain the integrity of the design and look the same as the roof now, they can easily repeat that. We have the [original] plans.”