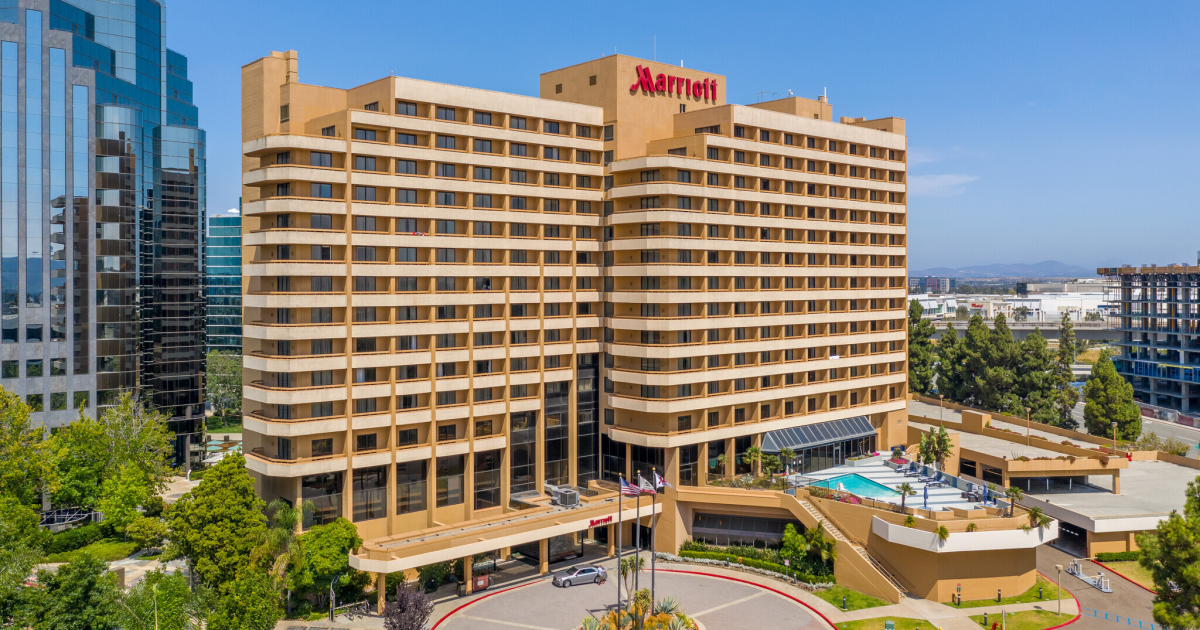 The 376-room Marriott La Jolla, built in 1985, has been sold for $187.6 million in a multi-billion dollar portfolio sale of a few dozen properties to a global asset management firm .

The acquisition, which closed last week, marks the second most expensive hotel sale in San Diego County so far this year.

The hotel, on La Jolla Village Drive, last changed hands in 2016, when Carey Watermark Investors bought it for $131 million. The real estate investment trust, now known as Chicago-based Watermark Lodging Trust, agreed in May to be acquired by Brookfield Asset Management for an all-cash offering of $3.8 billion.

Watermark’s holdings encompass a number of luxury properties, including several Ritz Carltons and the Fairmont Sonoma Mission Inn & Spa. The portfolio of 25 hotels, now owned by Brookfield, has more than 8,100 rooms.

Commercial real estate company CoStar reported that the estimated sale price for the La Jolla property was nearly $188 million, or about $500,000 per bedroom. By comparison, the 416-room Hyatt Regency La Jolla sold a few months ago for $216 million, averaging more than $518,000 per room, noted hotel broker Alan Reay of Atlas Hospitality Group.

“These (Watermark Hotels) are popular properties in great locations and La Jolla is an A-plus location. It is almost impossible to duplicate this asset,” he said. “Finding the land to build that number of rooms would cost double what they paid for the hotel.”

Although the proposed acquisition of the Watermark Properties was first announced in May, it was not approved by Watermark shareholders until September.

Representatives for Toronto-based Brookfield did not respond to requests for comment. In a May statement announcing the proposed deal, Lowell Baron, managing partner and chief investment officer of Brookfield’s real estate group, said, “Hotels and resorts of this scale and quality are difficult to replicate. This portfolio is well positioned given its concentration in high barrier-to-entry coastal destinations, hub cities and the Sunbelt.

What remains unknown is what type of investment, if any, Brookfield will make specifically in the La Jolla hotel. It appears there hasn’t been a major overhaul of the hotel’s rooms since 2013, when it underwent a $17 million refresh. When Watermark bought the property in 2016, it said it planned to invest in updating the hotel’s meeting room spaces.

Reay said he expects that, given the favorable price Brookfield has paid for the hotel portfolio, he will likely reinvest in hotels in need of upgrades.

“When you’re buying at a low replacement cost like this, it’s in your best interest to put money into the properties to make them as desirable as possible,” he said. “In terms of the price of the portfolio that was agreed in May, compared to its closing in the third week of October, the world has changed dramatically in terms of interest rates alone. So the fact that they have when even closed at that agreed price means Brookfield believed they were getting a good deal on the wallet.