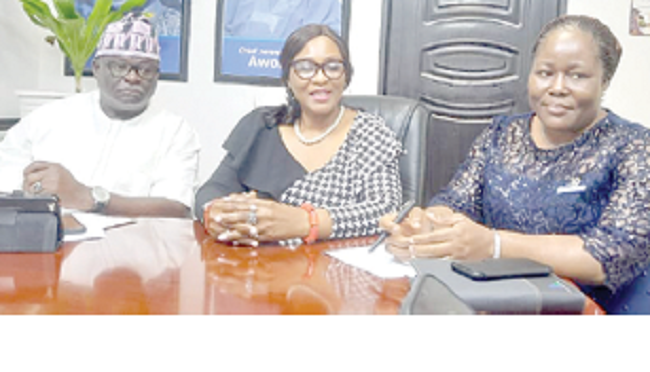 Lagos Airport Hotel, Ikeja, one of Nigeria’s pre-independence and pride of hospitality hotel groups, owned by Odua Investment Company Limited, has launched activities for its 80th anniversary to be held on October 25 in the hotel located in Lagos.

The Lagos Airport Hotel is one of the oldest hotels in Nigeria that has maintained its services since its inception in 1942, the hotel has provided exceptional hospitality services to its numerous guests.

The eight-decade hospitality king has remarkably transformed from a five-room service accommodation in 1942 to a 277-room upscale property, offering different guest services to its diverse roster with testimonials from loyal guests until this day.

Speaking at a press conference at the hotel ahead of the 80th, Chairman of the Board of Odua Investment Company Limited, Princess Olufunnke Olugboji said, “We are pleased to inform you that our hotel will celebrate its 80th anniversary in less than a week. , precisely, on October 25, 2022, and to make it a worthwhile event, we have planned various activities to announce our eight decades of hospitality services.

Olugboji added, “We will kick off the anniversary activities this Friday, October 21, 2022, with a Jumat service at the Secretariat of State Mosque in Lagos, Alausa, Ikeja and in the evening we will retire to the poolside for a entertainment.

‘Additionally, on Saturday, October 22, the hotel management has organized free medical services for hotel staff and the public at the start of the day while a novelty football match will be held between Eko Hotel and Suites and the Lagos Airport Hotel on the hotel football pitch in the evening and the day will end with poolside entertainment.

“On Sunday 23 October there will be a service of thanksgiving at the Archbishop Vinning Memorial Cathedral Church, GRA Ikeja and on the evening of the same day there will be light entertainment by the pool of the hotel.”

Olugboji revealed that the grand finale will take place on Tuesday, with an anniversary lecture titled “Culture, Tourism and Hospitality as Agents of Economic Growth in the Southwest Region”, adding that the lecture will be delivered by Mr. Taiwo Owokalade – the President of the Institute of Chartered Secretaries and Administrators of Nigeria.

She also added that the event will take place at the Oranmiyan room of the hotel at 11 a.m. and the event will be attended by the six governors of the owner states; Oyo, Ekiti, Ogun, Ondo, Osun and Lagos as special guests of honor.

Speaking briefly about the hotel’s strength and pride in maintaining one of the conglomerate’s hotel legacies, Olugboji said that despite economic and environmental challenges, the hotel is still thriving and constantly reinventing itself, and continued to offer separate and standard hospitality services to everyone. .

“On what to expect in the near future, the president said ‘Owner Says; Oyo, Ekiti, Ogun, Ondo, Osun and Lagos have appointed a generation of technocrats with vast experience in business management to Odu’a’s board and they are doing all they can to turn around the fortunes of the conglomerate through sustainable returns for stakeholders enhancing the legacy for future generations.

Speaking on the Lagos Airport Hotel’s readiness to provide guests with an unforgettable experience, the hotel’s General Manager, Ms. Folashade Awe, said its 277 rooms are ready for rental. and that they are equipped with modern hotel facilities that make guests’ stay memorable.

“The hotel’s cuisine is another strong point as the chefs are always ready to provide sumptuous continental and indigenous dishes to the delight of our guests.

“Despite the economic and environmental obstacles, the hotel is still thriving and constantly reinventing itself and has continued to provide distinctive and standard hospitality services to all and sundry,” Awe added.

In his remarks, the Chairman of the Lagos Airport Hotel 80th Anniversary Committee and a Board Trustee, Prince Olabisi Adesina, said the hotel has extensive experience in the hospitality sector. hotel industry, which he says is a lasting factor that has contributed to the success recorded. over the past 80 years.

“We have many offers that will be unveiled, not only to keep customers away, but also to create a new patronage trend in the near future.

Adesina, who spoke with great optimism about the future of the hotel, said: “We will not only consolidate the strength of the hotel, but we will open a new chapter for a customer experience flourished”.

The anniversary press conference included the Chairman of the Board of Odua Investment Company Limited, Princess OlufunnkeOlugboji; Chairman of the Lagos Airport Hotel 80th Anniversary Committee and Board Trustee, Prince Olabisi Adesina; the General Manager of the Lagos Airport Hotel, Mrs Folashade Awe and the Head of Branding and Communications, Odu’a Investment Company Limited, Victor Ayetoro.