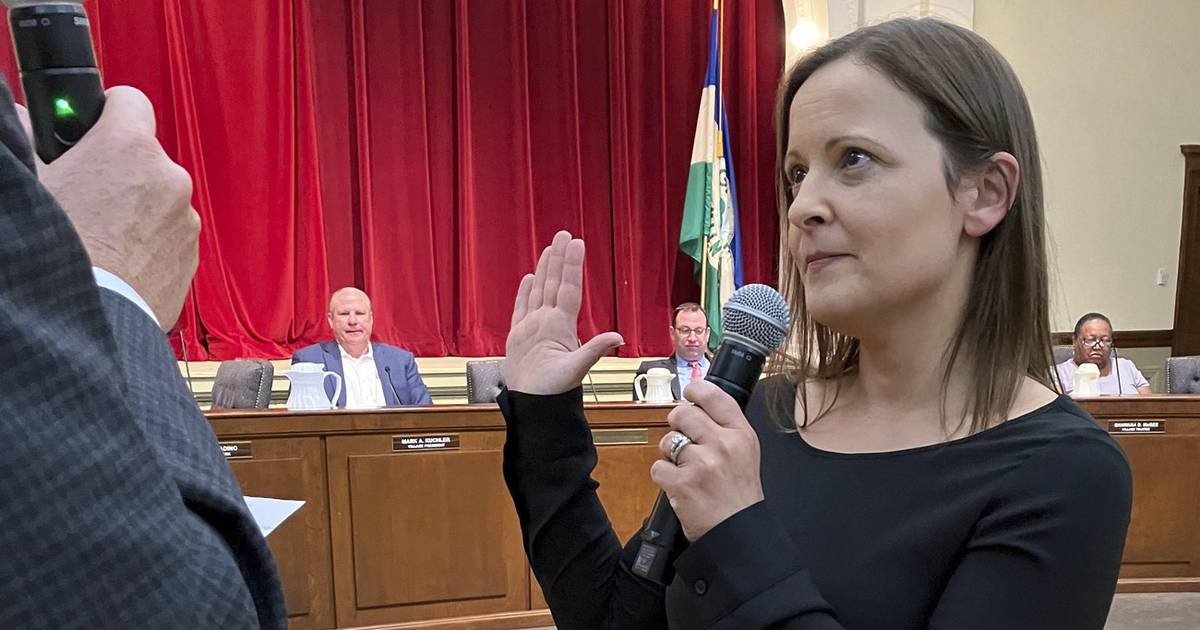 Jones will continue in her own role while replacing outgoing Andrianna Peterson, who is leaving to become deputy village manager for the village of Hinsdale.

She will serve as interim village manager until a permanent replacement for Peterson is approved by the board and paid 5% more than her current salary of $134,926.

The board also approved a resolution of appreciation for Peterson, who was in the audience.

Chairman Mark Kuchler praised Peterson, saying “we needed a leader, and she was that leader for five years,” and quoted former chairman Tom Livingston, who said, “she has runs trains on time. Things were done when they were meant to be done.

The resolution specifically noted that Peterson was at the helm during the restoration of Stone Avenue Station, the formation of Lyons Township Area Communications Center (LTAAC) and the leadership Peterson has shown during the COVID-19 pandemic.

“I am thinking of you for your attention to detail and your deep concern for the health and well-being of this community,” said Beth Augustine.

Shawana McGee noted Peterson’s commitment to communicating with residents, saying she always made sure to reach out at times when Dr. Martin Luther King was being honored.

“She always made sure we had adequate representation,” McGee said.

“It’s all a bit overwhelming,” Peterson said after Chairman Mark Kuchler read the resolution, saying it’s been a “privilege for over 16 years to work with so many professional and inspiring leaders and elected officials. , as well as residents, non-profits and businesses Few jobs are as fulfilling and offer the opportunity to directly impact people’s lives as the public service.

Other personnel issues resolved at the meeting were the swearing in of Cody Boll and Walter Findysz as firefighters/paramedics, and Jeffrey Behland and Thomas Bensfield as fire department captains.