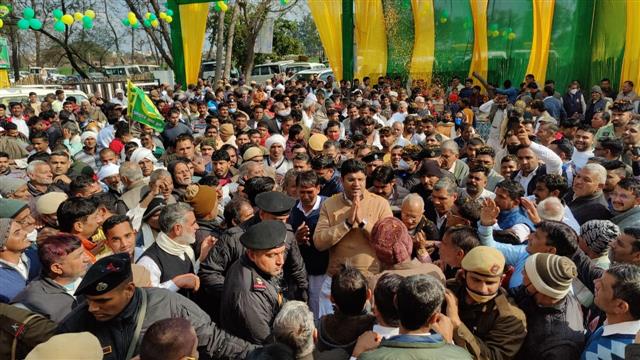 Jind village to be lit with solar power: The Tribune India

Deputy Chief Minister Dushyant Chautala said on Friday that every household in Gurukul Khera village of Uchana Assembly constituency in Jind district will receive solar power with a capacity of 2 KW based on a pilot project.

The Deputy CM said that following the success of this pilot project, a plan would be developed to replicate the program in all villages in the state.

The Renewable Energy Department has approved Rs 1.25 crore for the project.

Addressing a rally in Karsindhu village of Uchana Kalan segment, Dushyant said there would be no shortage of money for the development of Uchana segment, adding that the ponds in villages of more than 2,000 inhabitants would be renovated.

The Deputy Chief Minister also assured that the stadium located in Karsindhu village will be equipped with all modern facilities. He also announced the construction of Chaudhary Devi Lal Park and said that a high school for girls would be developed as a model school on compliance with conditions.

Dushyant Chautala said farmers will face no problem in wheat supply during the upcoming rabi marketing season in the state.

“Like last season, the purchase of paddy and cotton crops was completed within the time frame set by the government and farmers also received payment for their crops directly to their accounts within 72 hours of the sale of the crop. harvest,” he said.

Carroll will not seek another term at State House | Election

Best of Treasures: The lamp may have been in the original Waldorf-Astoria Hotel | Siouxland Homes