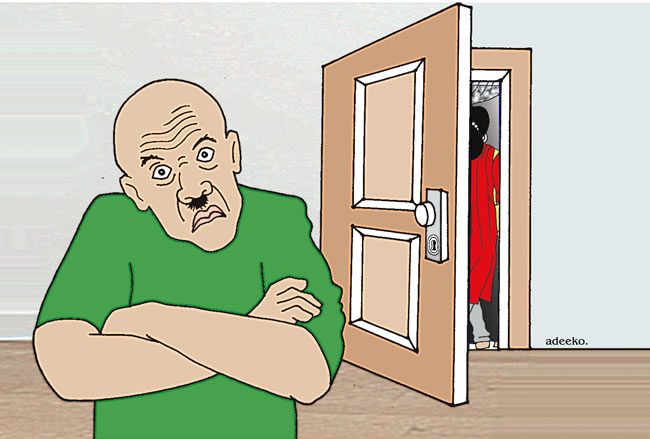 I want my wife out of my house, I gave her 50,000 naira for another accommodation —Husband


A 55-year-old man, Hassan Jimoh filed for divorce and an eviction order from his wife, Silifat Salawuddeen, in a Sharia court sitting in Magajin Gari, Kaduna state.

According to the News Agency of Nigeria (NAN), Hassan has begged the court to grant his divorce petition over irreconcilable differences.

“I married Silifat as a widower. We spent five years together but I am tired of our relationship because there is no more love and peace between us.

“She brought her children from her first marriage to my house. I told her to take them back to their father but she refused,” he said.

Hassan told the court that he also gave Silifatu N50,000 to rent a flat elsewhere, but she refused to leave her house.

In her defence, Silifatu told the court that she refused to leave the apartment because the 50,000 naira Jimoh gave her was not enough to rent a new apartment.

“I used the money he gave me to pay my debts on the foodstuffs that I got on credit.

“My husband broke his promises to support the family for four months,” she said.