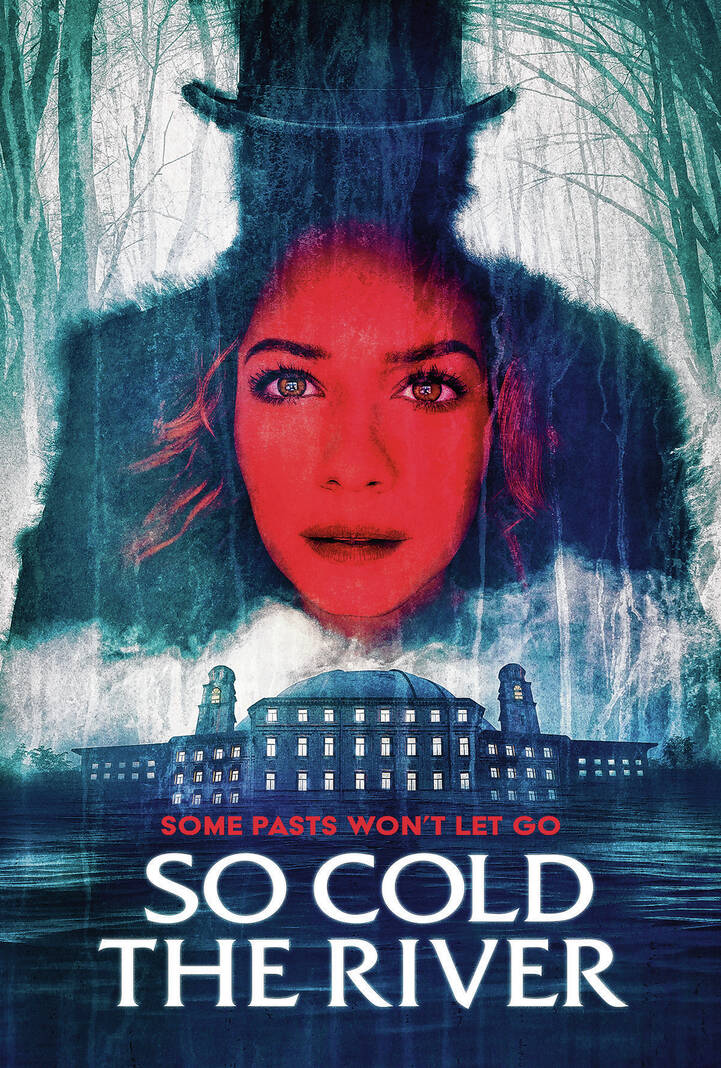 A supernatural horror film with deep Indiana roots, “So Cold the River,” was released Friday and is playing in select theaters.

The film is also available digitally and on demand.

From award-winning writer and director Paul Shoulberg, the film is a suspenseful adaptation of a book of the same name by New York Times bestselling author Michael Koryta, inspired by the West Baden Springs hotel, where the film has been turned. It’s the biggest movie made in Indiana since Pigasus Pictures and Shoulberg’s previous film, “The Good Catholic,” in 2016.

In the film, documentary filmmaker Erica Shaw, played by Bethany Joy Lenz (“Dexter” and “One Tree Hill”) is hired by Alyssa Bradford-Cohen (Alysia Reiner, “Orange Is the New Black”) to portray of his dying father-in-law, the enigmatic millionaire Campbell Bradford. While researching Bradford as a guest of a massive and opulent resort town with a dark past, Erica begins to uncover a dark family curse that unleashes untold evil.

Koryta grew up in Bloomington and started writing at an early age. By the age of eight he was writing to his favorite writers. Then, at the age of 16, he decided he wanted to be a novelist. He graduated from Indiana University with a bachelor’s degree in criminal justice and is the author of 14 novels.

He used the iconic West Baden Springs Hotel and French Lick as the setting for his novel. In turn, “So Cold the River” was filmed entirely on location at the hotel and in the surrounding community.

Koryta said he has been trying to get his novel to where it is now (a movie) for over 15 years.

“That’s how long I’ve been thinking about it, and I was in LA trying to explain to people that the hotel was real, and they didn’t believe it,” he said. -he declares. “I was advocating that it be filmed here, which nobody wanted to do.”

“A now good friend, IU alumnus (and New York Times bestselling author) Michael Koryta approached me about the possibility of turning his beloved novel, ‘So Cold the River,’ into a feature film. It was always meant to be in Indiana,” Spicer said.

Just before the COVID-19 pandemic hit and brought people into this new world, Spicer said he was blessed to be part of one of the largest and most ambitious companies in he could never have imagined.

Spicer said the excitement and passion of Koryta, Yonkman and the cooks to tell this story was the spark to start the collaboration.

“Writer and director Paul Shoulberg adapted the 500-page novel set at the stately West Baden Hotel into a taught thriller, and we were off to the races,” Spicer said. “Ultimately, we were able to make the film like we always have with all of our oldest and most trusted friends reaching new heights in their craft.”

He said that with its rich history and eye-catching architecture, the West Baden Springs Hotel has become a character in its own right in the film.

“From the original script inspiration to the movie’s release, it’s a real looping moment,” Spicer said. “We are proud to bring this exciting story to the big screen and highlight an Indiana landmark.”

Spicer said the challenge was to tell the story of the size and grandeur of the West Baden Springs Hotel.

“We started filming here in January 2020 and a core group of us moved in just before New Years Eve, so we saw the last New Years Eve party held here before the pandemic, which gave us a good touchstone for the party scene in the movie,” he said. “We had a call for 500 extras in southern Indiana for the party scene and about 1,400 signed up, we so we had to tell the majority that we couldn’t integrate them.”

The Cook Group allowed the hotel to be completely closed for six weeks, while the cast and crew had full control of the complex, as with the acoustics of the atrium they could take no risk of noise from fund.

“I lived here for about two and a half months, and the whole cast and crew stayed here the whole time,” Spicer said. “The challenge was that we had to shoot most of the filming at night from 6 p.m. to 6 a.m. for the better part of six weeks.”

Community support and involvement, not only from the hotel, but also from the town of French Lick and the community, really helped them put all the pieces together, he said.

Visitors to the hotel will recognize several locations around the hotel in the film, including the atrium. Room 4626, now dubbed “The Movie Room”, is preserved as it appeared in the filming of the film as the bedroom of the film’s main character, documentary filmmaker Erica Shaw, played by Lenz (“Dexter” and ” One Tree Hill”).

When asked why she was drawn to the role of Erica, Lenz said she was interested in exploring a subject that was part of her personality and the personality of many people, which is often postponed.

Lenz said that when she came to West Baden to film the film, it was her first time visiting Indiana. She loved it and the people were all so wonderful and easy to work with.

“So Cold the River” can be seen in select theaters in Indianapolis, Washington, French Lick and more. Additionally, the film can be seen at 7 p.m. today at the Historic Artcraft Theater, 57 N. Main St., Franklin, with doors opening 60 minutes before the film. There will be a Q&A after the show with members of the film crew.

To learn more about the film and watch the trailer, go to pigasuspictures.com/so-cold-the-river.