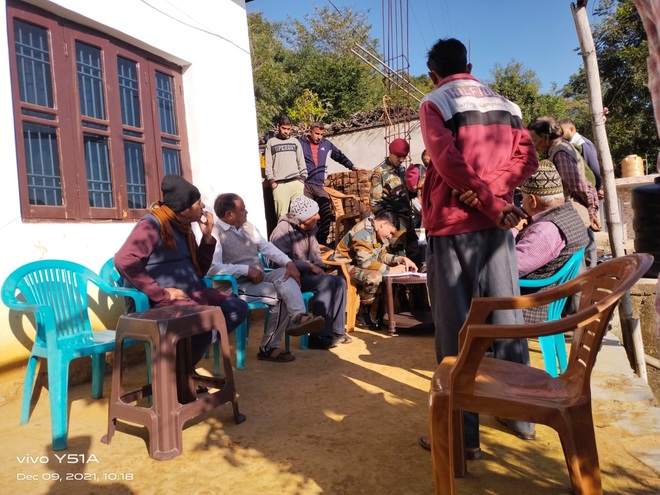 Yesterday evening, a veil of sadness fell over the village of Thheru, 40 km from here, in Jaisinghpur, Kangra district, when news of the death of Lance Naik Vivek Kumar reached the village.

A team of army officers reached the village of Thheru this morning and collected blood samples from Vivek Kumar’s family members for DNA matching, as the bodies of all of the helicopter crash victims were impossible to identify.

Vivek Kumar was the PSO of the Chief of the Defense Staff, General Bipin Rawat, who died yesterday along with 12 others in a helicopter crash in Tamil Nadu.

Vivek Kumar, 30, was stationed at the army headquarters and was attached to the security of General Bipin Rawat. He got married only two years ago. On Wednesday evening, his family received a phone call from Army Headquarters informing them of Vivek’s unfortunate death in a helicopter crash with General Rawat

As soon as the report of Vivek’s death reached the village, hundreds of villagers from neighboring villages gathered at the house of the late jawan. However, his body has not yet reached the village. Vivek’s wife and family members were in shock. Official sources said a team of army officers also arrived at the village this morning and collected blood samples from family members for DNA matching, as the bodies of all of the victims were missing. not identifiable.

Chief Minister Jai Ram Thakur, in a condolence message to the family, expressed his shock at the tragedy. He said the state government would provide all possible assistance to the family. The CM said Kangra DC was in contact with military authorities. The mortal remains of the jawan would be set in flames with all the honors of the state tomorrow. Ravinder Dhiman, MP for Jaisinghpur, visited the bereaved family and provided all assistance.