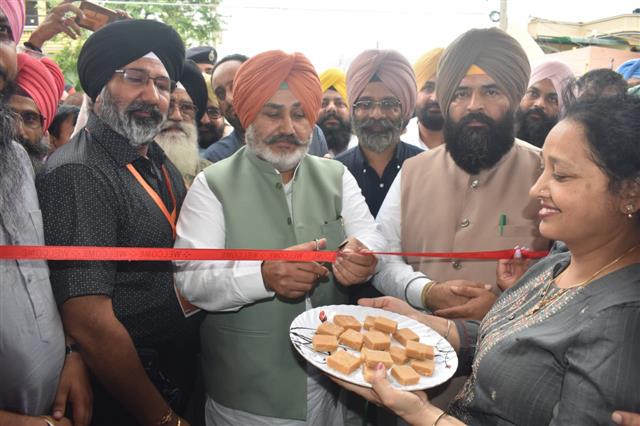 Health Minister Chetan Singh Jouramajra said Aam Aadmi Clinics will lead to a radical transformation of the health sector and the Ministry of Health is fully committed to ensuring quality health services to the people.

The minister expressed these views here yesterday at Basiala village in Posi block of Hoshiarpur district, where he inaugurated an Aam Aadmi clinic in the presence of Vice President Jai Krishan Rouri. Previously, the minister was granted a guard of honor by a contingent of the Punjab Police.

He said eight Aam Aadmi clinics had been opened in the district, three of which had been officially inaugurated. He also mentioned that apart from Basiala clinic, another one at Bahadurpur in Hoshiarpur was inaugurated by Cabinet Minister Harjot Singh Bains while another such clinic in Ahiyapur (Dasuya) was inaugurated by MP for Urmur Jasvir Singh Raja Gill.

Jouramajra said 16 medical colleges are being established in the state, which is a proof of the commitment of the state government’s priority to health services. By August 31, the drugs would be made available in all public hospitals in the state and the shortage of doctors apart from other personnel would also be quickly filled. The minister also appreciated and expressed his gratitude to the family of NRI, the late Kartar Singh Basiala who had built the Aam Aadmi Clinic in the village and handed it over to the Punjab government.

All hospitals will have essential drugs

By August 31, all essential medicines will be made available in all public hospitals in the state. In addition, the shortage of doctors apart from other personnel will soon be filled. — Chetan Singh Jouramajra, Minister of Health