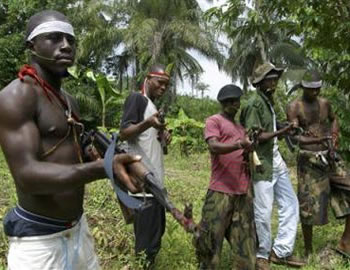 Gunmen kill hotel owner and two others in Ebonyi

The gunmen, about three in number, invaded the hotel, popularly known as “Galaxy”, and committed the heinous crime.

Mr. Igwe Nwaokorie, a resident of the region told our correspondent on Sunday in Abakaliki, that the incident happened on Thursday evening.

“The incident happened on the night of Thursday August 25. The suspects arrived on motorbikes, armed and about three of them, and entered the hotel.

“Before we could find out what was going on, we started to hear gunshots which lasted for a few minutes. After they left, three people were found dead, including the hotel owner,” he said.

State Police spokesman SP Chris Anyanwu confirmed the attack but noted that the command did not yet have full details of the incident.

“Yes, the command heard about the incident but we didn’t get full details of what really happened,” Anyanwu said.

How a Tampa man turned his home into a Disney sanctuary