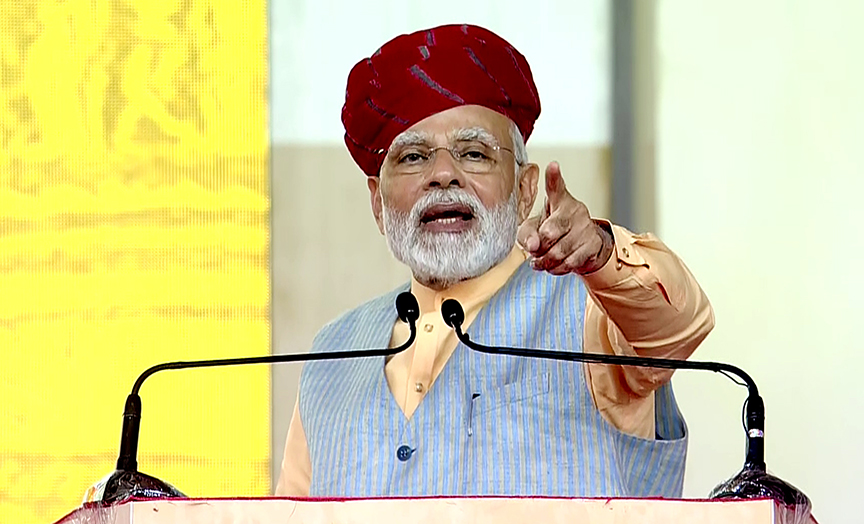 “Modhera, which is associated with the Temple of the Sun, will also be known for its advancements in solar energy. It’s a big day for Modhera, which is taking a giant step towards harnessing solar energy. Modhera has become an example for the whole nation for the fusion of new technologies with our glorious heritage,” he said.

“For a self-sufficient Bharat, we must ensure that renewable energy meets our energy needs. By taking advantage of abundant natural resources and propelling renewable energy initiatives, we should aim to become an energy provider for the world,” the Prime Minister said.

“Now the people of Modhera no longer need to pay for electricity, but can start selling it and earning income. People will install solar panels in their homes and farmers will generate electricity from their farms,” he observed.

Gujarat government tweets said more than 1,000 solar panels had been installed in villages on top of houses, generating electricity around the clock. A protected archaeological site, Modhera’s Sun Temple, now has a solar-powered 3D projection installation to help educate visitors about the history of Modhera.

The Sun Temple on the banks of Pushpavati was built by the Chalukyas.