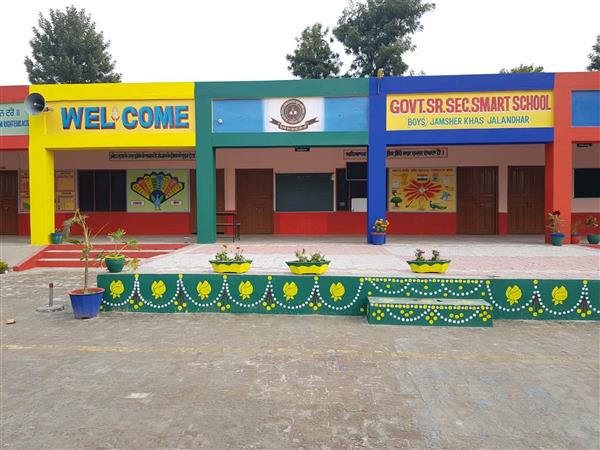 It was a hot July when Ashok Basra, 44, took up his post as headmaster of the government secondary school (boys), Jamsher. A total of 417 students drank water from a single tap and the campus remained flooded during the monsoon.

Today, the school, which has 800 students, gives its money’s worth to private institutes.

Basra, which will be honored on Teachers’ Day, has turned the school’s fortunes around. Over the past 10 years, more than Rs 1 crore (NRI donations) have been spent to boost the school. Each year, 70 to 80 students leave private schools to go to this institute.

Spread over eight acres of land, the school has volleyball, basketball and badminton courts, 19 classrooms, seven laboratories, six air conditioning rooms, 11 projectors, offices, a sound system and interlocking tiles. In the results of the class board XII, 11 pupils obtained a score higher than 90%.

Basra said, “As the kids used to circle a single tap, it hurt me. With the help of an NRI, we had new taps and a water tank installed. Today there are many faucets with ROs attached. »

He said, “After that, there was no going back. We have started to improve in all areas. There was a private school in the area, which had 250 students. Within a few years the institute closed as all the students moved here.

The school won the Swachh Vidyalaya Puraskar and pocketed Rs 10 lakh twice in the ranking survey. “We started by training our teachers. We extended the length of periods (difficult subjects) from 45 minutes to an hour and took additional classes for four to five months,” Basra added.

Donald Trump hints at another White House bid in 2024 | Entertainment

Many feared they would be trapped as fire broke out at Lucknow hotel: The Tribune India