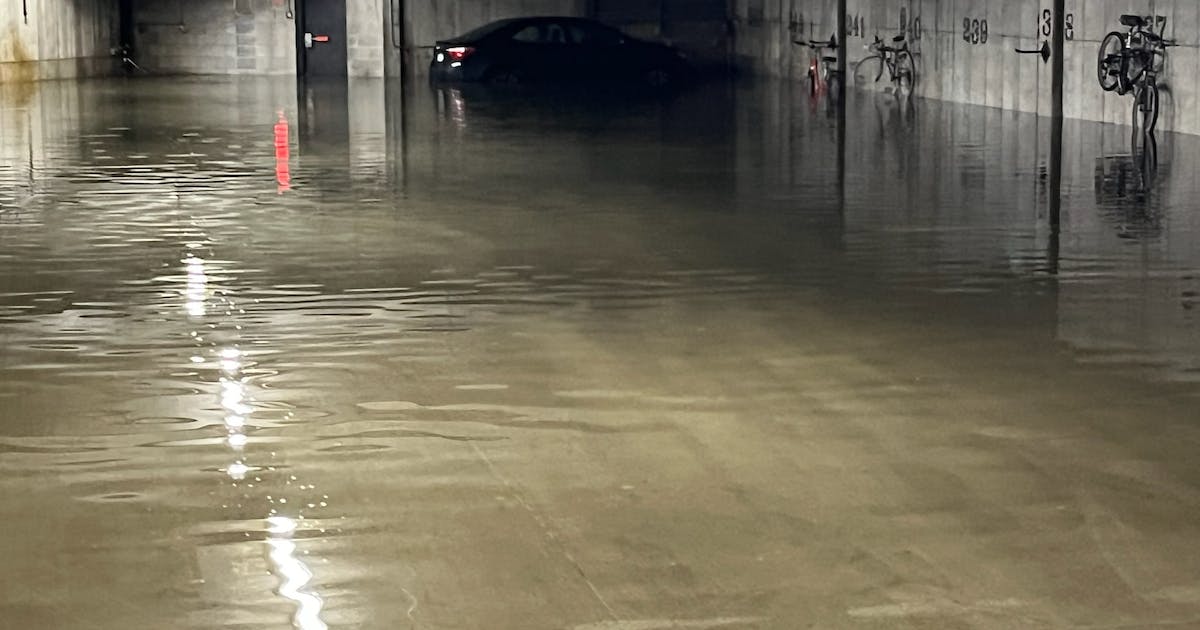 Residents of the Calhoun Isles condominium complex, located near the Southwest Light Rail construction in Minneapolis, were notified Sunday that portions of their underground parking lot had flooded due to a water main break.

In an email to residents on Sunday morning, a property manager at the complex said a water source/main serving the South West LRT construction corridor had burst “causing flooding against the walls and in the parking lot. “.

Residents were asked to pull their cars out of the parking lot, which has two underground levels. A resident said there was “several feet to several inches” of flooding in some areas of the garage, which is adjacent to the condo tower.

On Sunday afternoon, a note was sent to residents of the Southwest Project Office indicating that the situation was under control.

The condominium is located just yards from a tunnel serving the Southwest Line, the costliest public works project in state history.

“It would seem logical to conclude that this was caused by the construction of the Southwest Light Rail Transit Project,” said Vanne Owens Hayes, president of the condominium association.

A team from the South West Light Rail Project Office investigates the flooding.

“This news is certainly frustrating,” Community Outreach Coordinator David Davies said in an email to residents. “At this time, this localized flooding poses no risk to other surrounding buildings.

“A cause for the failure has yet to be established,” Davies added. “We plan to share more details with the community as we get them.”

Construction of the half-mile-long tunnel was suspended last month after cracks were discovered in hallways and common areas between the third and 10th floors of the condo tower.

Cracking was long feared by residents of the unusual building after construction of the light rail line began in 2018. The complex includes 109 condos in a tower that was originally built as grain elevators in 1915 and 1928 and adapted for residential use in the 1980s. There are also 34 townhouse units located nearby.

The Metropolitan Council, which is building Southwest, is investigating the cracking problem, aided by Socotec, a structural engineering company. The construction of the tunnel has been suspended.

The condo complex is located near the narrowest part of the Southwest Line alignment in the Kenilworth Corridor, where light rail and freight trains will be located, as well as a bicycle and pedestrian path.

The 14.5-mile southwest line will connect downtown Minneapolis to Eden Prairie, with stops at St. Louis Park, Hopkins and Minnetonka. Passenger service is expected to begin in 2027.

The council said one of the reasons costs have skyrocketed is due to a special construction method for the tunnel.

13 injured in collective clash in Karnal village : The Tribune India