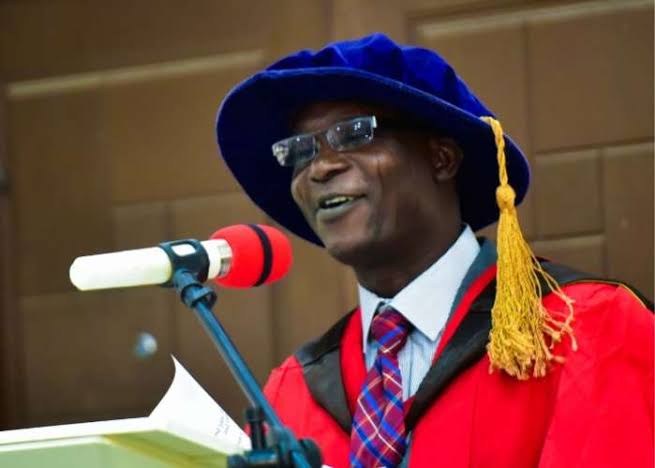 The Director/Chief Executive Officer (CEO) of the Nigeria French Language Village (NFLV), Badagry, Lagos, Prof. Lateef Babtunde Ayeleru, FNAL said the village is committed to continuing its tenure to ensure that it remains a center of excellence and a source of pride for the country despite the low funding it has received from the federal government.

The idea of ​​the French Language Village of Nigeria was conceived by the former Minister of Education, Prof. Jubril Aminu, but his successor, Prof. Babs Fafunwa, saw the village take off in September 1991 , with the vision of empowering all people, regardless of age, culture, creed or gender, with appropriate communication skills in the effective use of the French language at professional and interpersonal levels.

The first batch of undergraduate students from just six Nigerian universities resumed in the village on Monday, January 6, 1992.

Professor Ayeleru made the revelation during an interview with selected journalists from the village, which was preceded by a tour of the ongoing rehabilitation of the institution’s dilapidated blocks of offices, classrooms and hostels. .

The Director/CEO of Nigeria French Language Village (NFLV) said that despite the insufficient funding problem facing the village, it is still one of the best projects to have emerged in the educational field in the country, considering the excellent profile of its workforce and dynamic approach. management under him to initiate development-oriented and self-sustaining programs and projects.

The village covers approximately 16 hectares of land in the historic coastal town of Badagry, and it occupies the site of the former government teachers’ training college along the Lagos-Seme highway.

“Despite its low funding, the Nigeria French Language Village is one of the best projects that has emerged on our national educational terrain, given the excellent profile of its workforce and the dynamic approach of the management. to initiate development-oriented and self-sustaining programs and projects.

“The Village is committed to continuing its mandate to ensure that this center remains a center of excellence and a source of pride for the Nigerian nation,” he said.

According to Ayeleru, the low funding the village is suffering from is due to the fact that it does not receive any foreign aid and has been delisted from the TETFund since 2010, adding that the village has received the least allocation from all the institutions operating in the area. under the country’s National Universities Commission (NUC).

It was just as he pointedly declared that the institution needed help to be able to fulfill its main mandate.

“The Nigeria French Language Village is, contrary to what most people think, a very poor institution. It receives no foreign aid and has been removed from the TETFund since 2010.

“It receives the least allocation from all the institutions operating under the National Universities Commission (NUC). And as small as its budget is, it is only partially unlocked.

“The cost of running the village almost exclusively on diesel, the monthly salary payment to action guards, the payment of laborers and cleaners all from meager internally generated revenue (IGR), the cost of maintaining the hostels , classrooms and residential buildings in the Village, the environment and the vehicles, ultimately leave the Village in deficit which continues to rise each month,” he said.

Speaking further, Prof Ayeleru said that over the years, the village, which is overseen by the Federal Ministry of Education, under the National Universities Commission (NUC), has had enrollments of students .

Over the years, the village has educated over 72,000 students from over 30 universities, 35 colleges of education and thousands of other categories of Nigerian learners.

He said the student population had also increased in recent times, especially due to the intensive advocacy of the school management under his leadership, adding that the village had also organized workshops and refresher courses for about 561 teachers at through the federation.

“Besides the fact that students who take their language immersion course in the French village show higher levels of French language proficiency after their immersion program compared to the few who still travel abroad for the same program, the establishment of the French Village program has saved the nation millions of dollars in foreign currency,” Ayeleru said.