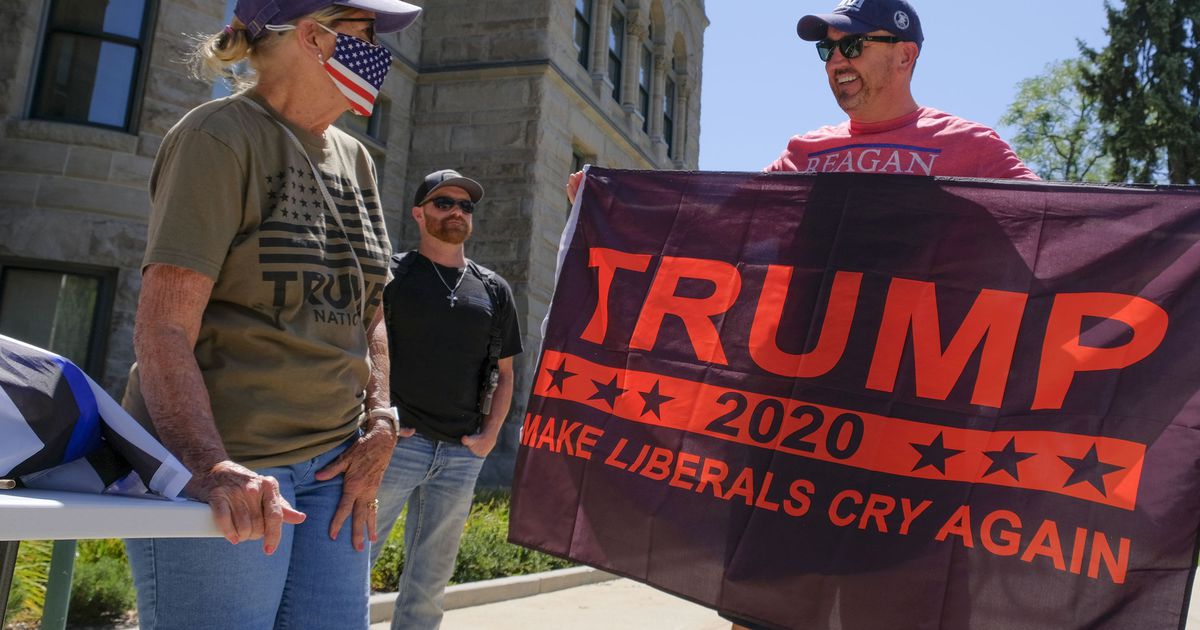 Former Utah House President Greg Hughes was the most requested speaker at the event.

(Leah Hogsten | The Salt Lake Tribune) Former Speaker of the House Greg Hughes (right) was a guest speaker at a Christmas party sponsored by the right-wing militia group Utah Patriots. A handful of other Republicans from Utah also attended the event.

In early December, the right-wing Utah Patriots militia sparked some controversy with a â€œKyle Rittenhouse Appreciationâ€ rally in downtown Salt Lake City in conjunction with the Proud Boys.

Last week, the organization hosted their Christmas party in Riverton, featuring a gun-wielding Santa Claus who also sported a â€œCome on Brandonâ€ hat, plenty of guns and a canned food drive. A handful of prominent Republican politicians were also in attendance.

Hughes, the most requested speaker at the event, says he attended because of his good relationship with the organization.

â€œI went to DC with them when I spoke at one of Trump’s many rallies on December 12, 2020. They were great. There were people there to commit violence, and this group protected me and others from Utah, â€Hughes said.

During these events, Trump supporters, including the Proud Boys, clashed with the Antifa counter-protesters. At least four people were stabbed and 23 arrested amid the chaos.

â€œIt was a more dangerous atmosphere than I thought. I was glad they were there, â€said Hughes.

Ericksen and Preston could not be reached for comment.