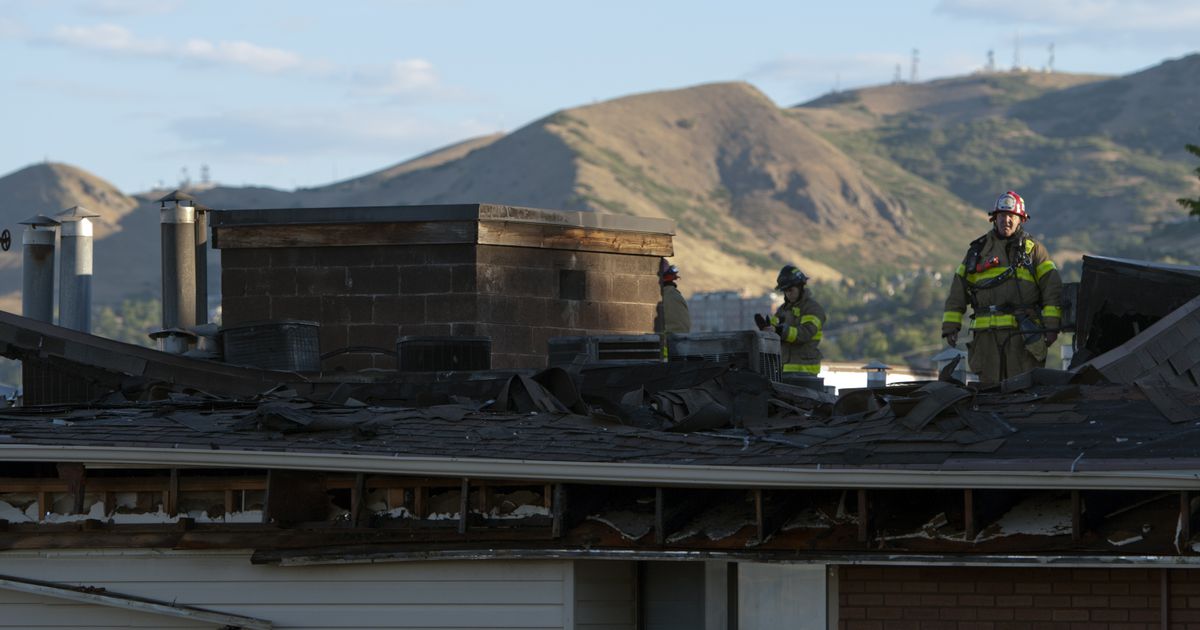 The fire caused parts of the building to collapse.

(Ed Kosmicki | Special for The Tribune) Firefighters inspect the aftermath of a fire at a condo complex in Salt Lake City on Monday, June 28, 2021.

A fire in a six-story condominium early Monday morning destroyed about 25% of the building’s roof area, according to a fire official.

Salt Lake City fire crews were called to one of three Incline Terrace buildings at 400 South and 1000 East around 2 a.m. and arrived to find flames rising from the fourth and fifth floors. Some residents ran through the building, knocking on doors to alert their neighbors to evacuate, according to the Salt Lake City Fire Department.

Other residents had to be rescued by ladders from the terraces of their units, and firefighters said later on Monday that everyone had been evacuated to safety. Parts of the building collapsed. The cause of the fire remains under investigation due to the extent of the damage.

(Salt Lake City Fire Department) A five-alarm fire broke out at the Incline Terrace apartments in the early morning hours of Monday, June 28, 2021.

No serious injuries were reported, although two firefighters were taken to hospital for treatment. They were then released. Fire captain Tony Stowe said firefighters treated seven people at the scene and all were released without going to hospital.

The blaze was completely extinguished on Monday evening, officials said, although property management was monitoring the building to ensure the blaze did not reignite. Residents who need help can call the Red Cross at 1-800 Red Cross.

Beacon condos in Sarasota will include indoor pools for each unit

The state does not inspect condos, but building codes are “robust”