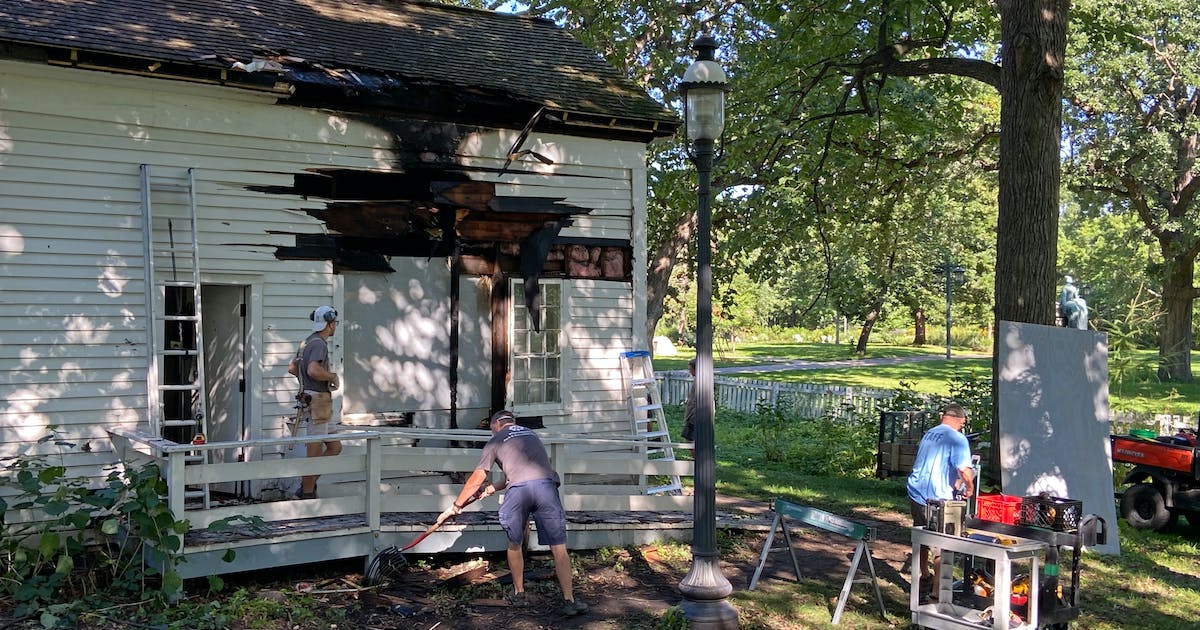 For the second time in less than a month, “the birthplace of Minneapolis” has been damaged by fire.

Firefighters were able to put out the blaze before it spread beyond the porch, Rucker said.

No one was injured, Rucker said.

Tuesday’s blaze came just weeks after a larger blaze damaged the landmark at the south end of Minnehaha Regional Park. In the August 30 fire, flames passed through a first floor wall, but were largely confined to one room. The home, however, suffered extensive smoke, fire and water damage, Rucker said at the time.

The cause of the fire has not been determined, Rucker said Tuesday.

Stevens House was built between 1849 and 1850 on land near the current location of the Minneapolis Post Office. Early settlers met there to found Hennepin County, choose Minneapolis as the county seat, and create its first school district. Federal judges presided over the territorial courts in the home where John H. Stevens, the “Father of Minneapolis,” once lived with his wife, Helen, the “Mother of Minneapolis,” and their six children.

The Minneapolis Park Board took possession of the house in the mid to late 19th century—the exact date is unknown—and moved it to Minnehaha Park.