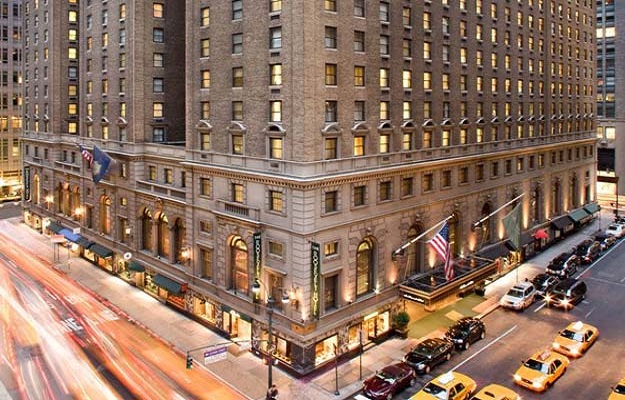 On Friday, the government approved the renewal of the $ 142 million debt of the Roosevelt Hotel in New York City and the reduction in interest rates on loans under Prime Minister Imran Khan’s housing project after the commercial banks called existing rates unaffordable for the population.

Led by Federal Finance Minister Shaukat Tarin, the Cabinet’s Economic Coordination Committee (ECC) also approved an annual subsidy of Rs 2.4 billion to foreign exchange firms to encourage them to deposit their dollars in cash with commercial banks. . Under the agreement, the government will pay Rs1 in addition to the exchange rate to dealers for depositing the dollars.

The step is to offset the pressure on the value of the rupee.

During the meeting, the aviation division presented a summary of the financial challenges of the Roosevelt Hotel and a request from PIA Investment Limited for the renewal of the principal amount as well as the mark-up payments by the National Bank of Pakistan (NBP ) for a further period of two years ending on December 31, 2024.

The ECC approved the renewal of the $ 142 million debt of the Roosevelt Hotel, owned by Pakistan International Airlines, for two years.

The ECC approved a summary to revise the loan conditions under the authority of Naya Pakistan Housing and Development Authority (NAPHDA) for low cost housing projects and enabled the inclusion of housing finance companies in the program. The federal government provides grants to make housing affordable for low income groups.

However, according to an evaluation of the existing program carried out by commercial banks, the bankability of applicants belonging to NAPHDA Tier 1 projects is not sustainable, mainly due to the higher debt ratio and the low socio-economic ranking of the countries. applicants, the CEC was informed.

Hence, the applicants are not in a position to qualify for the required amount of loans. In order to remedy the situation. The government has now reduced the interest rate for low housing projects from 3% to 2% for the first five years and from 5% to 4% per year for the next five years.

The ECC also approved the proposal of the Ministry of Communication for a special allocation of additional funds of Rs8 billion against the government’s approved share for the Sialkot-Kharian highway project. The board meeting of the Public-Private Partnership Authority in August this year approved the execution of the PPP agreement with M / s FWO & M / s SMC (Sultan Mahmood & Company.

The average monthly remittances for the first 5 months of the current fiscal year are $ 200 million. Based on this trend, the expected annual remittances raised by foreign exchange firms could reach a level of $ 2.4 billion, according to the finance ministry.

He added that an annual amount of around 2.4 billion rupees would be needed to induce exchange companies against remitting currencies to the interbank market. For the next half of the current fiscal year, a budget allocation of 1.2 billion rupees would currently be required.

The ECC also approved the petroleum division’s debt swap proposal for a long-term loan guaranteed by SNGPL worth Rs 54.7 billion at 6 months KIBOR + 110 basis points for the construction of ‘a dedicated pipeline project.