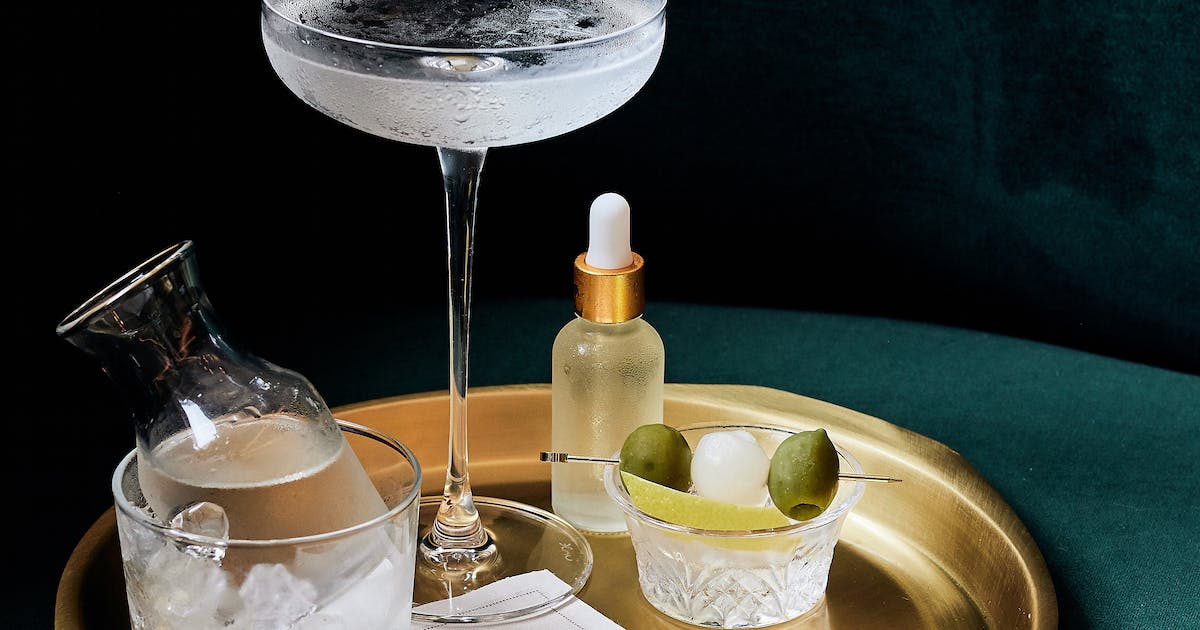 Daniel del Prado has already opened a high-profile restaurant this week, with Macanda at Wayzata debuting on July 9. So why not add three more?

“I like to challenge myself,” said the restaurateur and chef, who has opened four restaurants and two cafes since the pandemic, in addition to running his flagships Martina and Colita in south Minneapolis.

His next three businesses will all be under one roof in downtown Minneapolis.

For months, del Prado worked quietly with his team to transform the food and beverage offerings of the Rand Tower Hotel, the Art Deco tower and former office building that converted into a fine Marriott boutique hotel. 2020. The project goes public on Friday with the launch of Bar Rufus, a classic French redesign of the ground floor lobby bar briefly known as Whiskey & Soda.

Bar Rufus will capture the quintessence of the French bistro and café scene. “I was super excited to do the prettiest version I could think of of a hotel bar, just sleek and French and cute,” Luedtke said.

The menu, served daily for dinner and soon lunch, will include onion soup, Lyonnaise salad, mussels and fries and oysters. Cocktails include a sparkling Kir Royale and the 75, and Luedtke’s unique takes on the classics, like a French martini with homemade lacto-fermented raspberry liqueur in place of Chambord, and the Rand Tower martini delivered with herbs de Provence and caviar on a golden platter. The wine list is mainly French.

The name Bar Rufus is an ode to Rufus Rand, the original designer of the building and a pilot who fought for the French in the First World War. When the hotel opened, the bar and restaurant areas reflected Rand’s aviation background. But those stains never took off.

“It was all based on Rufus Rand’s life as an aviator. And I was like, who is this guy if not an aviator?” said the Prado. “He was a Francophile. The French part was rising intensely, and we modernized it a bit.”

When Miaou Miaou (French for what a cat says, pronounced myoo-myoo) opens, the focus will be on Luedtke’s large-format punches, with French-style house spirits, served from a crystal drink dispenser.

Blondette, who del Prado says is named for his mostly female-led staff, will bring the chef’s flair to French technique while telling the story of his early career in Portland, Oregon. One job has him creating an on-the-fly menu with a basket of fresh ingredients that changes daily. Blondette’s menu will draw inspiration from the bounty of the Pacific Northwest, with service for dinner, breakfast and brunch.

Del Prado was drawn to the challenge of operating as part of a hotel, “a totally different beast from a restaurant,” he said. Especially one in the heart of downtown Minneapolis. “If you’ve been downtown lately, it’s just sad, you know?” he said. “I feel like the only thing that can bring it up a bit is restaurants.”

Hotel dining should no longer be aimed at an imaginary male business traveler with a taste for bourbon and an unlimited spending account, said Madde Gibba, director of communications for DDP Restaurant Group.

“Is it really Dani looking at how to make hotel culture chic in Minneapolis?” Gibba said during a recent tour of the new spaces. “The modern business traveler is a woman who wants something different and wants style, or someone who wants something a little softer who has adventure.”

“That being said,” Luedtke added, “we will always have whiskey.”

Bhangra, laddoos in Satauj, the birthplace of Bhagwant Mann : The Tribune India