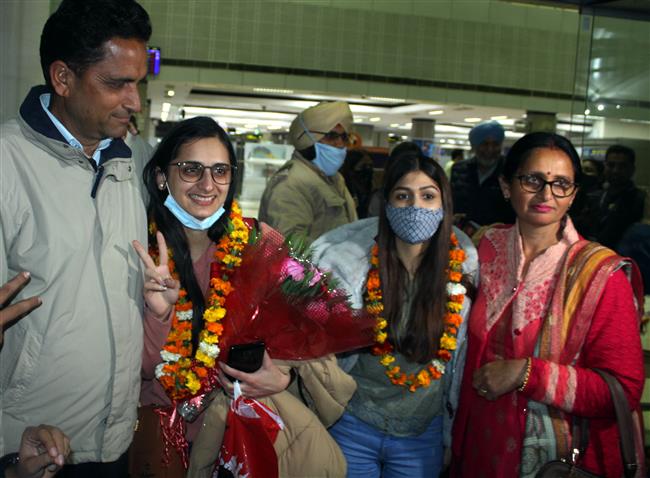 Doors Open: Do you think the government should have been more proactive in evacuating students from Ukraine? : The India Tribune

Undoubtedly the answer is yes. The first and main question is why our young people go abroad? It is not only to study but also to find a decent job there as they offer many job opportunities after studying there. This is a question that all political parties in the country must answer. Why they could not create an infrastructure even after 75 years of independence in the country for proper studies and subsequently provide job opportunities. In a democratic setup, elections are a means to achieve basic infrastructure goals for its people such as health, education and thus create business/employment opportunities. But in our country, all political parties treat the general election as an objective to seize political power only. Therefore, they don’t care about people’s needs after winning the election. We are still in election mode. The Ministry of Foreign Affairs and ambassadors in the region should have alerted the government to take steps to launch the evacuation operation well before the start of the conflict between Ukraine and Russia.

Lack of concern from officials

The delay of any decision causes panic. As the number of students stranded in conflict-torn Ukraine is large, the government’s policy of evacuating them at the earliest has certainly not gone down well with parents. The difficulties encountered by the students angered most parents. The government should have worked effectively to bring all students back to India as soon as possible. The lack of enthusiasm on the part of government officials on this issue has certainly led all parents to believe that the government should have been more proactive in dealing with the issue in order to reduce student ordeal and avoid unnecessary panic. . 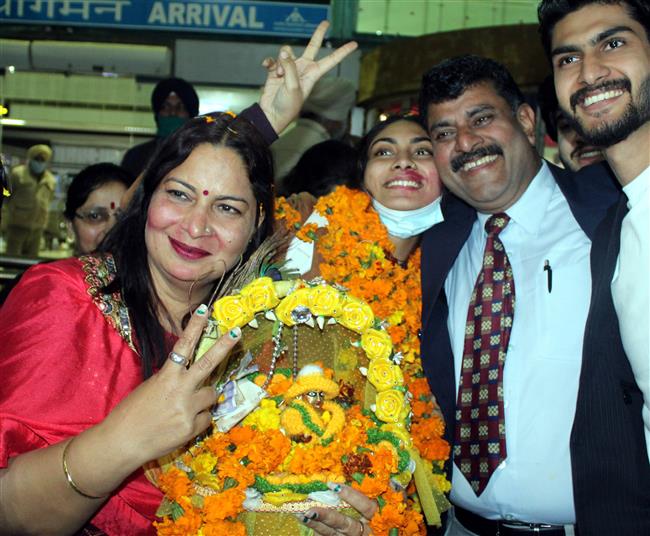 Although the Center has delegated four ministers to visit countries on Ukraine’s western border to oversee the evacuation process, the question is why the government has waited so long to come to the aid of thousands of students and citizens. Prior planning for the evacuation decision could have saved the Indian student from Karnataka whose death in Kharkiv Ukraine. Although the government has now stepped up its efforts to bring in citizens from Ukraine, with the Russian invasion in full swing, things could get worse. With no means of transport, asking Indian students to travel to border extraction points will pose a great risk to their lives amid the bombardment of Ukrainian cities by the Russian military. Given this scenario, India has rightly requested Ukraine and Russia to facilitate the safe passage of Indian nationals. But frankly, it is the Russian military onslaught that endangers the Indians trapped in Ukraine.

Unfair to blame only the government for the failure

Ukraine was dragged into a full-scale war overnight by its immediate neighbor to the north, Russia, which even put its nuclear arsenal on high alert, in case the United States, the friend far from Ukraine, would dare to intervene. The UNSC and the General Assembly made their usual helpless noises as if the invader wanted to listen to them and end the aggression on the spot. After all, there is some logic in Putin’s concern about the growing number of NATO countries following the disintegration of the Soviet Union. There is no doubt that around 2,000 Indians have somehow returned, but air travel is only possible via contiguous countries like Poland, Slovakia, Hungary and Romania among a limited number of flights available. Moreover, there is the rush of other nationalities who also want to leave Ukraine. Under these wartime conditions, it would be unfair to blame the Indian government or anyone else for any shortcomings on their part. According to reports, four central ministers are already there to oversee or expedite the evacuation of all Indians, most of them from Haryana and Punjab. Questions will however remain on the future of this quality population of India? What, in the first place, pushes them to undertake medical studies abroad, in particular in Ukraine?

The Russian-Ukrainian war has become intense over time and many students are suffering from it. Social media is full of videos of students talking about their struggles. Although authorities say they are taking the best steps possible, students say little is being done on the ground. Evacuation efforts should be initiated before an emergency like this to avoid rush and confusion later. We must maintain constant communication with other countries to ensure student safety.

Amid growing tension, grieving and distraught parents whose children are stuck in Ukraine are sharply criticizing the government for its nonchalant approach to evacuating students from besieged Ukraine. Their main grudge is why the government does not convince Russian authorities to help evacuate stranded students from Belarus and Ukraine. The parents say vehemently that efforts to begin the evacuation should have been made earlier before the start of the war between the two nations. It is baffling how a powerful nation, India, could not read the writing on the wall long before the time to bring back all Indian students. The Punjab government should have appointed a nodal officer who could have coordinated with the Center and the MEA for the speedy return of the Punjab students. India boasts of having cordial diplomatic relations with Russia, but what good is that if the government cannot ensure the safe evacuation of their children? Prompt coordination of efforts with the Indian government for the safe return of students from Punjab would have reduced student ordeal and avoided unnecessary panic. The government is making alternative arrangements for the evacuation of Indians and has called on parents of concerned students to face the current precarious situation with calm, poise and courage. But he didn’t cut the ice with the restless parents. The Indian Embassy in Ukraine has already contacted the Indian Diaspora and asked them to help Indian students to the best of their ability. But students trapped in Ukraine share terrifying war stories as Russian bombers smash parts of the country. The murder of a Karnataka student in Kharkiv has heightened parents’ concern, apprehension, fear, concern and disturbance. They want nothing more than the safe return of their children.

The government is doing its best for a smooth evacuation

It has been almost ten days since Russia’s aggression against Ukraine has become so intense that Kyv, its capital, is bearing the brunt of the street fighting and people are being ordered to take shelter. NATO and UN forces don’t seem to be helping Ukraine anywhere except the United States. There is no doubt that the situation in this conflict-ridden country is very grim, especially for foreign citizens. It is very difficult for those who are still young and who have not faced the vagaries of life apart from studying and preparing for exams etc. Ukrainian government under the given circumstances. AI flights were arranged to evacuate, but the students waited for the cheapest flights without calculating the expense of handling the evacuated planes. Thanks to Mission Airlift, many Indians have been brought back and many more are expected via Romania and Budapest. The Indian government is doing its best to monitor the evacuation process through its emissaries. However, the government may try to bring its citizens back, but the actions feel like a postscript. Those who didn’t like the idea left the other options to them. After all, the students were not on official duty. Of course, the action is delayed but not denied as reported by the neighboring country.

It is very sad that the Indian students in Ukraine are in dire straits and the parents of the children are lamenting and crying asking the government to bring their children home. Many students going to the borders of Hungary and Poland are turned back. What is the use of the Prime Minister who holds meetings three times a day by sending four ministers to neighboring countries of Ukraine? I remember the invasion of Kuwait by Iraq in 1991 when IK Gujral was Prime Minister. Around 2 lakh Indians were flown back to India on Air-India planes safely. This government does not care about the safety of its citizens. He is only interested in vote bank politics and is power hungry. The moans and cries of the children and their parents are heartbreaking. The government should expand medical education in India itself and make it affordable. Leaders of all political parties make money with both hands but don’t care about medical education. With a population of over a billion in India, why don’t they build more medical colleges so that students don’t have to travel abroad for medical education?

Ensure the safe return of the need of the hour

State governments and unions should work together and bring back stranded students from strife-torn Ukraine. As usual, our leaders were in a deep sleep and could not imagine the imminent threats hanging over Ukrainian heads. Therefore, the innocent students have to bear the brunt of it. Undoubtedly, the mounting pressure from parents’ side compelled the prime minister to send his ministers to Ukraine and its neighboring countries to evacuate Indian students safely. Just a few days ago, the din of the elections touched the sky. But on the day of the past elections, almost all the political aspirants preferred to get together with their families and spend their free time. Our ruling dispensation could have been more visionary and proactive in digging up behind the scenes of the prelude and unfolding fire and fury. It is the duty of our government to solve the problems of the students by bringing them back as soon as possible. Timely action is needed.

As the results of the Punjab Assembly elections will be announced on March 10, what do you expect from the new government?