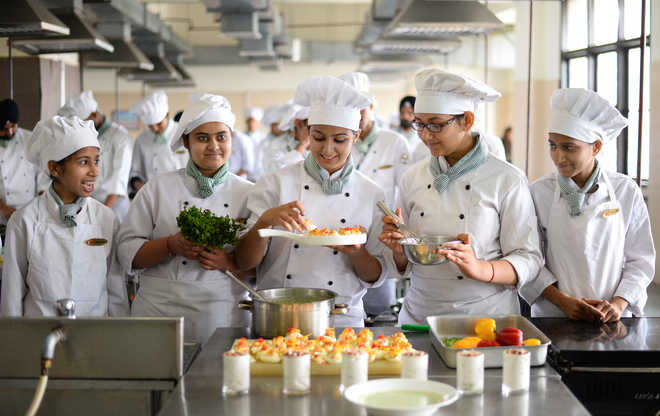 The Himachal Pradesh Private Educational Institutions Regulatory Commission (HPPEIRC) has recommended to the Director of Higher Education of Shimla and the Registrar of the University of Himachal Pradesh, Summer Hill to disaffiliate the Institute of Heritage Hospitality and Tourism (HIHT), Sanjauli (Shimla), and order its closure, finding that it was not in the interest of the students.

The commission observed that the college had suppressed material facts, admitting that it charged additional fees to BSc HMCS students and had failed to provide any documentary evidence to prove that the college had received relief in relation to the provision of a mode of distance education.

The regulator also requested the college to issue the DMC (Detailed Marks Certificate) and degrees of the expelled students from Madurai Kamraj University and suggested HPU to assist in the migration of students to other colleges after exams for the current session.

The commission had previously imposed a fine of Rs 7 lakh on the college for failing to issue DMCs to students.

The commission also directed the Registrar, HPU, to seriously consider the issue with respect to course approval, faculty, fee structure as well as affiliation of private colleges/institutes in accordance with UGC standards in order to avoid serious violations in the future.

In addition, instructions to all private colleges/institutes in the state regarding course approval, fee structure as well as affiliation obtained from universities/competent authority will be issued, the order said. Chairman, HPPEIRC, Major General Atul Kaushik (Retd).

The order also said that students were free to address the appropriate forum if they believed that fraud had been committed by the institute.

It was alleged that the institute charged high fees to students and misled them by telling them that it was running regular courses when it was running distance learning courses and that the fee structure did not was approved by any competent authority.

The commission observed that the institution charged additional fees to HMCS BSc students and had not provided any documentary evidence to prove that the college had been granted relief in relation to the provision of a distance learning mode. .