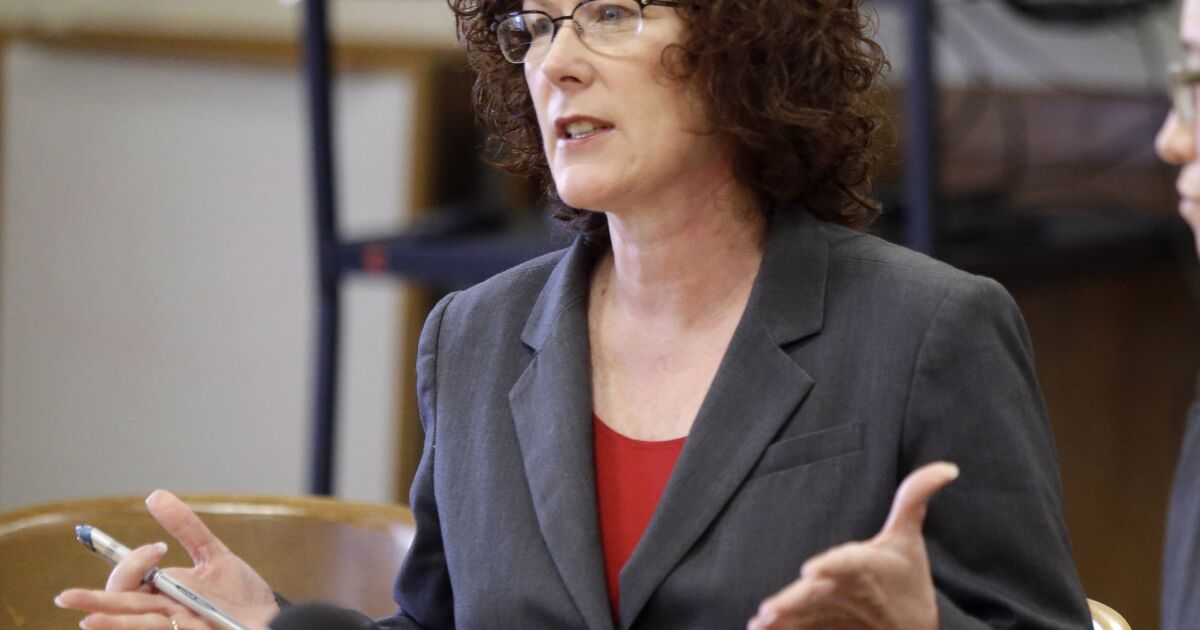 Hoyle defeated Republican Alek Skarlatos, who was making his second bid for the seat.

The district includes the south and central coasts of Oregon, including rural and conservative areas, but also the more populated and liberal college towns of Eugene and Corvallis.

Hoyle was elected Oregon’s commissioner of labor in 2018. She previously served in the State House, including three years as majority leader.

Skarlatos, a former member of the Oregon National Guard, rose to fame in 2015 for helping thwart an attack by a heavily armed gunman on a Paris-bound train. The dramatic and heroic action was made into a movie by Clint Eastwood in which Skarlatos played himself.

Skarlatos narrowly lost to DeFazio in 2020 in the district’s closest race in 30 years. Redistricting after the 2020 census made the seat safer for Democrats.

DeFazio, Oregon’s longest-serving congressman, was first elected to represent the district in 1986. Voters have not elected a Republican to the U.S. House since 1972.

Democrats controlled four of the state’s previous five U.S. House seats, including the 4th District, and also hope to claim its newly created sixth seat. Oregon was one of six states to gain a seat after the 2020 census.

So far, Democratic and Republican incumbents from Oregon’s 1st, 2nd and 3rd congressional districts have won re-election to their seats in the US House.

Democrats Suzanne Bonamici in the 1st and Earl Blumenauer in the 3rd held their districts, which both include parts of Portland, while Republican Cliff Bentz won reelection in the sprawling 2nd, which covers about two-thirds of the State.

The two hottest races in Oregon’s 5th and 6th districts were too early to be announced Thursday.

Republican Lori Chavez-DeRemer, a businesswoman and former mayor of the Portland suburb of Happy Valley, hopes to flip the 5th District red for the first time in more than two decades. The House Republican-linked super PAC, the Congressional Leadership Fund, has spent more than $2.7 million on multiple ads in the district, which stretches from the affluent southern suburb of Portland to the central high desert city. of Bend and includes the rural and mountainous areas in between.

Chavez-DeRemer is one of two candidates vying to be Oregon’s first Latina elected to Congress, along with Democrat Andrea Salinas in the state’s new 6th District.

The 6th also includes parts of the southern suburbs of Portland, as well as the state capital, Salem, and more rural areas. In this race, Salinas, a state representative and former congressional staffer, faces Republican Mike Erickson, a businessman running for Congress for the third time.

Check https://apnews.com/hub/explaining-the-elections to learn more about the issues and factors at play in the 2022 midterm elections.

Claire Rush is a member of the Associated Press/Report for America Statehouse News Initiative. Report for America is a nonprofit national service program that places reporters in local newsrooms to report on underreported issues. Follow Claire on Twitter.

Government school to be moved to Dharmshala in Bhiwani village : The Tribune India