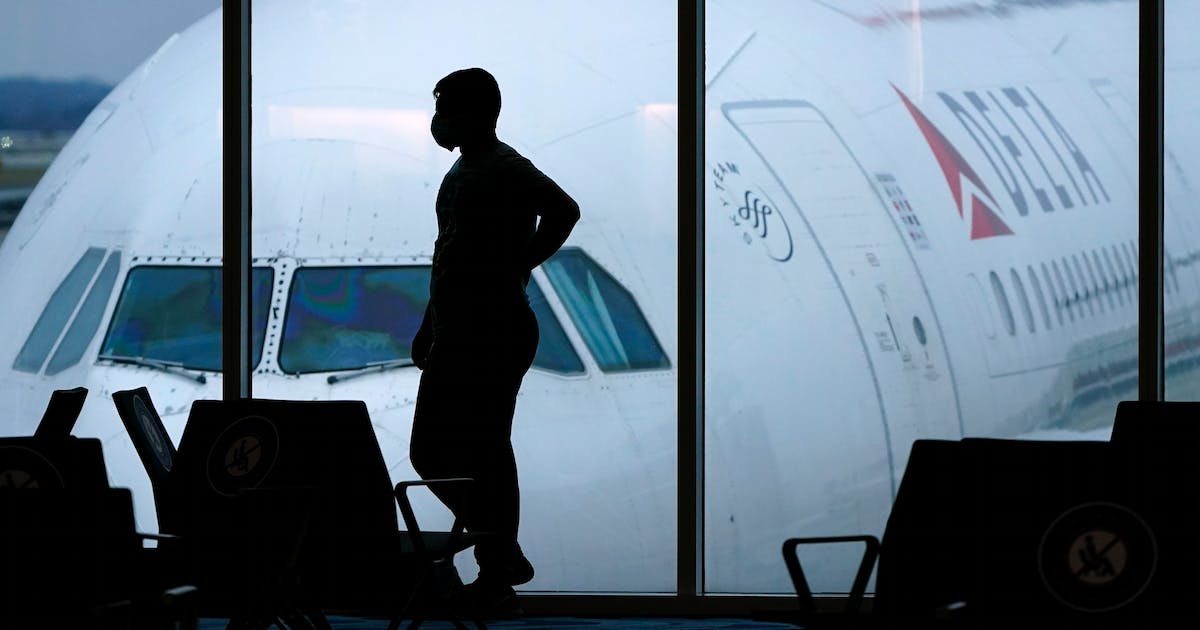 Delta Air Lines and other carriers agree to pay hotel and food costs for some passengers whose flights are canceled or delayed three hours or more, as the federal government pushes airlines to improve the way which they treat customers during flight disruptions.

US Transportation Secretary Pete Buttigieg two weeks ago sent a letter to airlines “challenging” them to improve their customer service plans. It has pledged to release an interactive dashboard ahead of Labor Day showing what consumers are entitled to from airlines when their flights are canceled or significantly delayed due to circumstances within the airline’s control. .

The moves come as the airline industry emerges from a brutal summer travel season marked by flight disruptions, cancellations and staff shortages.

The Department of Transportation’s new airline customer service dashboard, which launched on Thursday, shows that most major U.S. airlines have made written commitments to improve customer service, including for meal vouchers and hotel costs, federal officials said.

“Passengers deserve transparency and clarity about what to expect from an airline in the event of a cancellation or disruption,” Buttigieg said in a written statement.

Delta CEO Ed Bastian wrote a letter Aug. 29 to Buttigieg outlining what the airline has done to improve service.

“When passengers are inconvenienced, they deserve clear and transparent information and updates, as well as details on the steps we are taking to make things right,” he wrote.

When a flight is canceled or significantly delayed for reasons beyond Delta’s control, the Atlanta-based airline now promises to rebook customers on the next available flight or, if necessary, rebook flights operated by another airline with which it has a ticketing agreement at no additional cost.

It also states that when a flight is canceled or significantly delayed for reasons within Delta’s control and passengers are stranded overnight away from home or their destination, it will provide free hotel accommodation in the Delta-contracted facilities, if applicable, and ground transportation to and from the hotel, or reimburse reasonable hotel room and ground transportation expenses.

Delta also said it will provide a meal or meal vouchers if such cancellation or delay results in a delay of at least three hours.

The new commitment does not mean that most passengers whose flights are delayed or canceled will receive coverage for hotel and catering costs.

There are a number of big caveats. For one thing, Delta’s new customer service commitment applies primarily to passengers stranded overnight while connecting.

Airlines attribute most of their flight delays to causes beyond their control, such as overdue planes or the national aviation system.

Delta’s contract of carriage also includes a force majeure or force majeure clause which specifies that it is not responsible if a cancellation, diversion or delay was due to weather conditions, labor shortage work or facilities and other factors, including “any other condition beyond Delta’s control or any fact not reasonably foreseen by Delta.”

In the first six months of the year, about 24% of airline flights did not arrive on time. Of these, only about a third of delays were attributed to a cause within the airline’s control, such as maintenance or crew issues, aircraft cleaning, baggage loading or refueling. fuel.

About 7% of late flights were attributed to aircraft that arrived late. About 5% was attributed to air traffic control, heavy traffic, airport operations, “non-extreme weather” or other delays related to the national aviation system.

Delays due to extreme weather conditions accounted for less than 1%. About 3.2% of flights were canceled in total.

Airlines continue to face increasing pressure from government officials and others to improve their treatment of travellers.

On Wednesday, attorneys general from 36 states, Washington, DC and Guam wrote a letter to congressional leaders saying “the airline industry has failed its customers.” Minnesota Attorney General Keith Ellison was among the signatories.

The letter says their offices have received “thousands of complaints from outraged passengers about airline customer service — including about systematic failures to provide required credits to those who have lost travel opportunities during the pandemic.”

The letter also said that with the airlines’ consumer protection responsibility falling within the federal government, they have forwarded complaints to the US DOT, but the DOT “has so far failed to respond and provide no remedy.” appropriate in these cases”.

Since the start of 2020, Bastian said in his letter to Buttigieg, Delta has refunded $6 billion for 11 million tickets for flights that Delta canceled or had a significant schedule change.

But customers who decide to cancel their trips are not necessarily entitled to refunds. For flights originating in North America other than basic economy class tickets, customers who cancel prior to departure can earn flight credits.

Delta said it offers more flexibility in certain circumstances and has deposited an additional 10,000 miles into the accounts of its SkyMiles frequent flyers whose flights were interrupted between May 1 and July 7, when mass cancellations inconvenienced tens of thousands of passengers.

The airline said it has since improved operations, with fewer cancellations in August. Delta said it now has 91% of the active pilots it had in 2019, while operating about 86% of departures as in 2019.