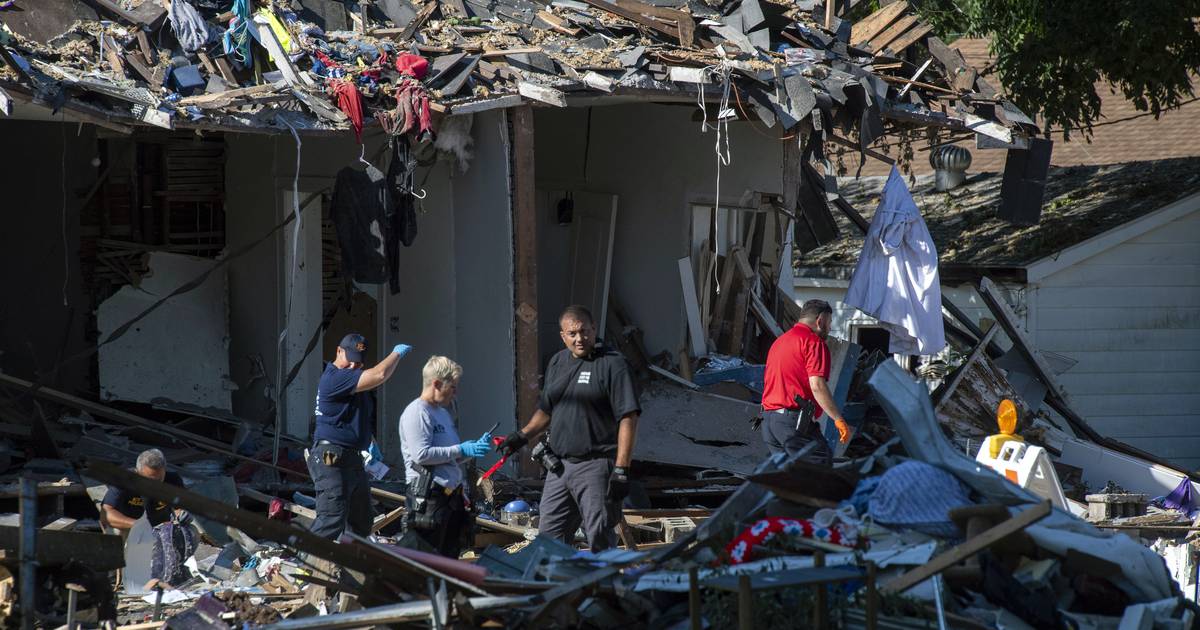 EVANSVILLE, Ind. – A month of August house explosion that killed three people in a southern Indiana neighborhood was ruled accidental after investigators traced the blast to a leaking natural gas line in the home’s basement, officials said Wednesday.

Indiana State Fire Marshal said his joint investigation with the Evansville Fire Department into the August 10 explosion determined that the leaking gas line “was found without a cap, with the valve in the open position.”

Gas line meter data “showed a sharp increase in gas consumption starting two days before the explosion,” the state fire marshal said in a news release. “No further evidence has been found to determine how the valve was opened; however, there is no indication of foul play.

Investigators said tests found the gas lines between the home’s meter and the local utility’s CenterPoint Energy main were in “good working order.” Tests also confirmed that the odor additive Mercaptan was present in the gas line leading to the house.

“It could not be determined how the occupants were unaware that the gas was accumulating in the house,” the press release said.

CenterPoint Energy said in a statement the state fire marshal’s report “further supports the company’s findings, determining that an accident inside the home, unrelated to CenterPoint Energy’s system, was the cause of the incident.”

The explosion, which was captured on video, threw planks of wood, glass, insulation and other debris at least 100 feet (30 meters) into the air in Evansville, the Evansville Mail and Press reported.

Authorities said the blast damaged 39 homes, leaving 11 of them uninhabitable in the Ohio River town about 170 miles (270 kilometers) southwest of Indianapolis.

Mike Larson, division chief of the Evansville Fire Department, said Wednesday he hopes the findings bring peace to everyone affected by the blast.

“The investigation is complete, these are the findings and hopefully this helps everyone move forward from this point,” he said.