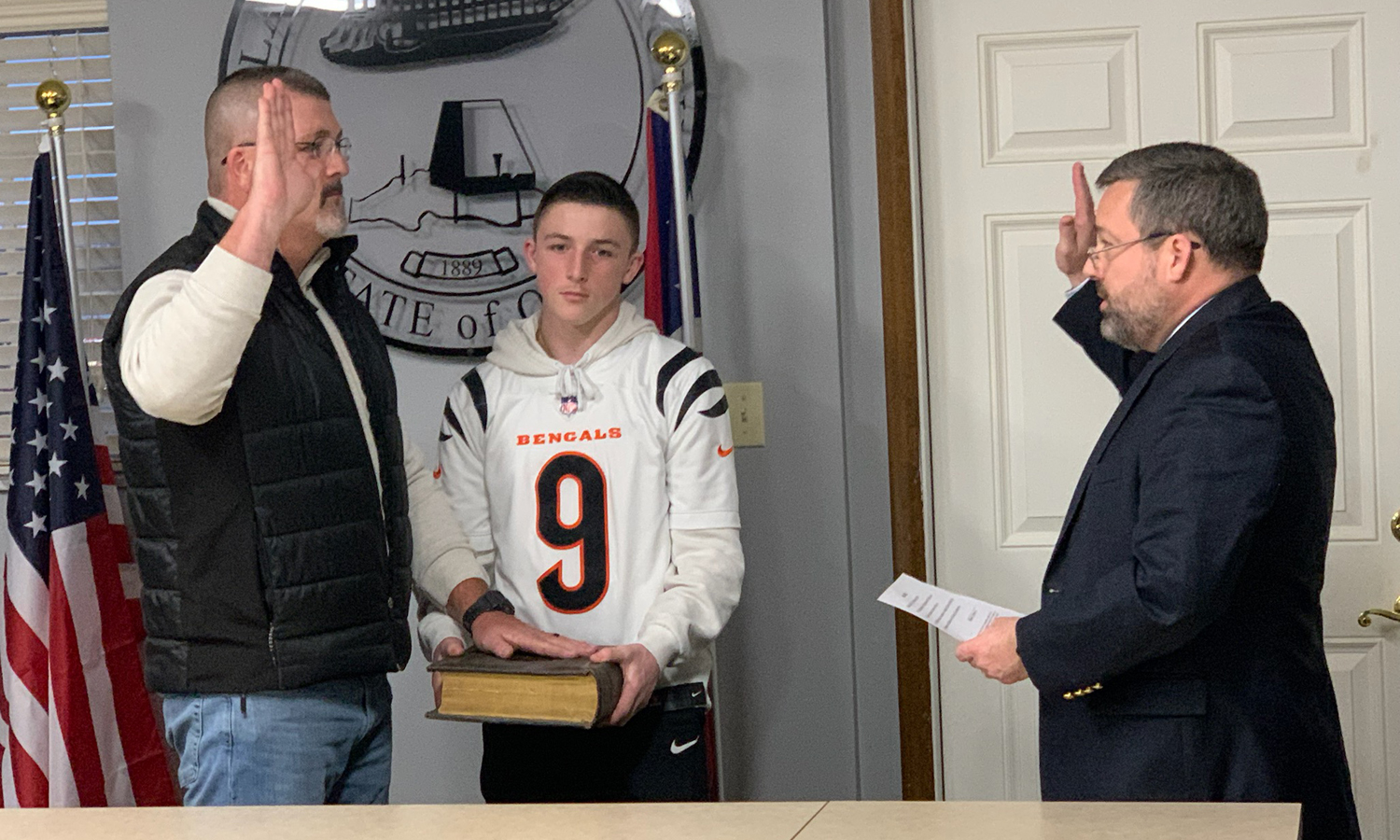 COAL GROVE – The Village Council moved this week to fill vacancies for Coal Grove Village Administrator and Chief of Police.

At Thursday’s regular council meeting, council voted 5-1 to suspend the rules in three readings and pass an emergency resolution setting compensation, clearing the way for Mayor Gary Sherman to appoint a replacement.

Council members supporting the move said the position had been vacant for a long time and that it was urgently needed to serve the interests of the village. Sherman chose Steve Patton for the job, which was later confirmed by a 5-1 vote.

Council member Andy Holmes was the only dissenter in both votes.

“I’ll do my best,” Patton said, after being confirmed.

Council member Kimberly McKnight congratulated him. “We appreciate all you do and for your years of loyalty,” she said.

Following a discussion on the need for a new well for the village, attention then turned to personnel issues. The council met in executive session on the matter of filling the position of chief of police. Former chief Randy Lewis announced his resignation in January, with officers resigning with him.

Lewis made a number of allegations of wrongdoing on Sherman’s part in his resignation letter, which the board voted in a subsequent special session to return to the state attorney general’s office. Sherman denied the validity of the allegations.

Lewis’ announced resignation was followed by the resignation of the entire Village Police Department. The Lawrence County Sheriff’s Office assisted the village with appeals.

Following the executive session, which lasted about half an hour, the council voted to set the police chief’s compensation at $47,000 per year. They voted unanimously to suspend the three-reading rule and pass the emergency measure.

A replacement has not been named for the position. Instead, a special meeting has been set for Friday.

At this meeting, Sherman nominated Bill Murphy for the position.

It was confirmed in a 5-0 vote, with Holmes out.

Murphy, who recently resigned as Proctorville’s police chief, has worked in that department for 20 years.

He also served as the Lawrence County Humanitarian Officer.

Murphy provided a copy of his medical exam and was sworn in by village attorney Mark McCown.

He said he would start hiring officers “immediately”.

The council’s last business on Thursday was to hold an executive session to discuss the vacancy for the position of village fiscal officer. The former officer had resigned earlier this year, unrelated to police business. Sherman said there would be no more business for the night after this session.

Filming location is The Roosevelt in New York – DIRT