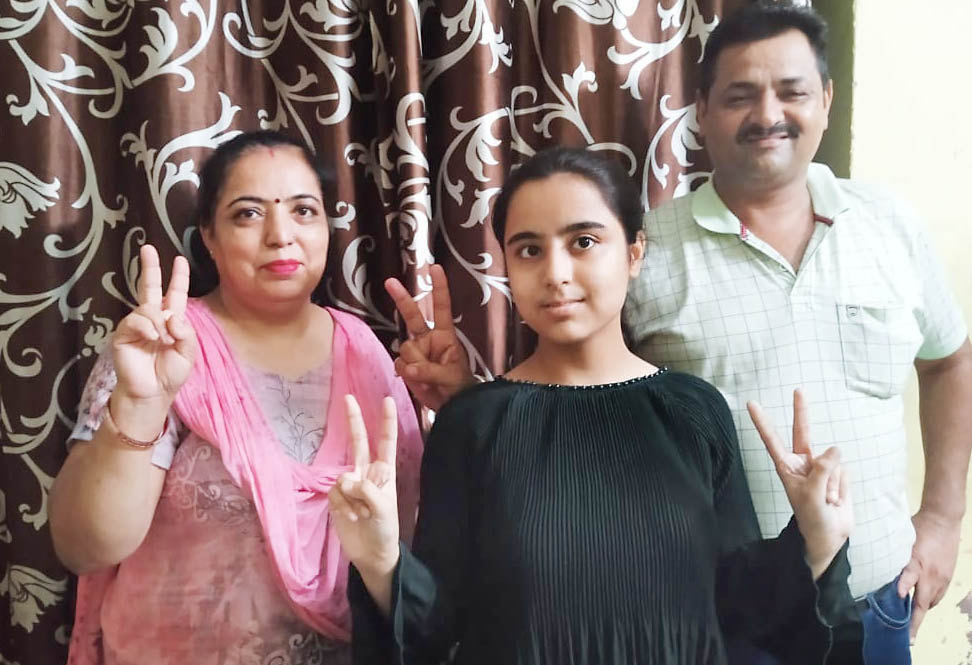 Bhumika, a student at SD Government Secondary School, Apra, topped the district, scoring 98.77% in the Punjab School Education Board (PSEB) Class X exams, the results of which were announced today. today.

Chirag, son of laborer Ashwani Kumar, who works here as a cricket glove maker in a local factory, clinched third place in the district. He said his father had worked hard to ensure he had a good education. “All I want is to help my family financially in the future. I aspire to become an engineer and I have already opted for the non-medical course in class XI,” he said. Sharing his success mantra, Chirag said he maintained an easy schedule that had more breaks and less stress.

Despite many career options, engineering remains the first choice for the best. In a conversation with Jalandhar Tribune, the four top class X PSEB officials in the district expressed their desire to be successful engineers in the future.

Bhumika scored 642 out of 650 points which is the same as third-ranked state tier Komalpreet Kaur of Sangrur. As eight state students scored 642/650 points, positions were assigned based on age. The youngest among eight received the third rank and so on.

Bhumika is followed by Balram Rai of New St Soldier Secondary Public School, Guru Ravidas Nagar who scored 98.62% to claim the second position in the district.

Speaking to Jalandhar Tribune, a delighted Bhumika from Apra village here near Nakodar said: “I feel like I’m on cloud nine. My hard work finally paid off. I am happy to have made my teachers and parents proud by winning first place in the district. »

Asked about her study schedule during exams, she said: “I never loaded myself with studies, I always liked to study and learn everything taught on the same day. Also, as the exams approached, the teachers gave extra lessons which were beneficial. I owe this feat to my teachers.

Bhumika, the daughter of a trader, Vinay Kumar, further said that she has now decided to pursue a non-medical course as she wishes to pursue engineering studies in the future.

Balram Rai said he was happy to be on the merit list and to get the second position in the district. “I thank my teachers and my parents for their support, because it would not have been possible without their trust in me,” he said.

He added that he follows a very flexible schedule during exams. “I used to study for four to five hours with a half hour break after every hour. I have now opted for the non-medical course as I want to become an engineer,” he said added.

When asked why he wanted to be an engineer, Balram replied, “I’m very inspired by my cousin brother, who is an engineer. I want to follow in his footsteps because he made the whole family proud.

Muskan Paul, daughter of an electrician, Jeevan Kumar, said, “I feel very happy. Couldn’t have asked for anything more. Although I expected good grades and was sure to be on the merit list, I never thought I would be one of the best in the district.

What These Two Toronto Condos Have Downtown and Downtown