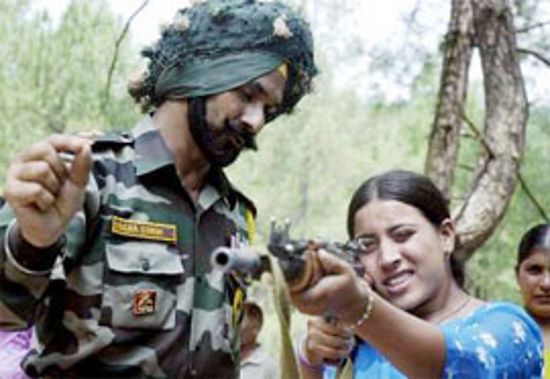 The Union Home Ministry has given the green light to the administration of Jammu and Kashmir to form Village Defense Groups (VDGs) in the Union Territory, which were previously known as the name of Village Defense Committees (VDC).

He further states that the revised scheme will however only be brought into force after assessment by the High Court.

VDC members in Jammu Division had been agitating for a long time over the delay in publishing their salaries and several other issues.

“This will strengthen the security network in Jammu and Kashmir. A terrorist once admitted in an interview to being afraid of VDCs,” said Sunil Sharma, General Secretary of J&K BJP.

According to Sunil Sharma, “So far, many village defense committees have not functioned or have been dissolved. Many members of these committees resigned and surrendered their weapons. They did this to be registered for the benefits of the BPL category.