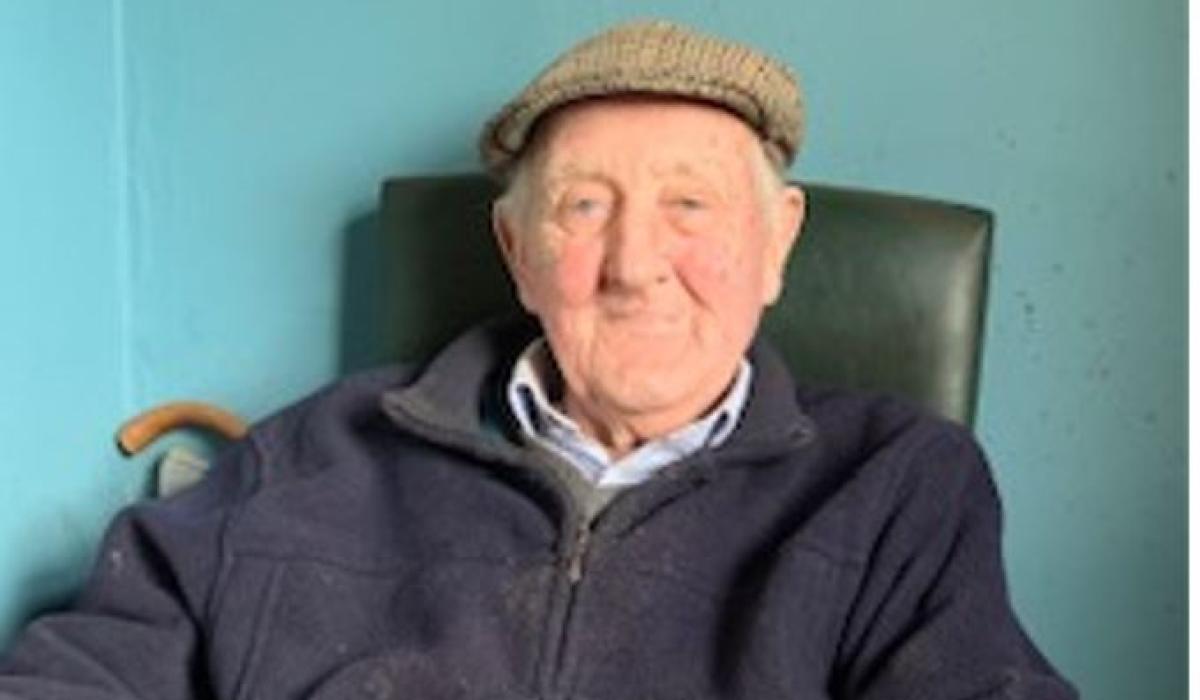 Carnival days in the village of Offaly are fondly remembered

Born September 21, 1932, born and lived all my life here in Ballinvalley where I am now, there were 3 of us in the family, myself and 2 other sisters, Mary Langton who passed away a few years ago and my other sister Christina Condron who lives in Derbyshire. My mother was Sarah Young of Kilcaven and married my father Con

I went to the school in Killurn where Paddy Fay now lives, it closed when the school was built in Killeigh and all the children went there then. Meelaghan’s school was sold at the same time. Everyone walked to school except Doris Green now Doris Murray, she had a tricycle I think. I also remember going to school with Jim Murray, Tom Kelly, the Meehan guys and the Hickeys who lived next door to me, and a few others from the Gurteen and Killurn area. There were 2 classrooms and 2 teachers. I didn’t stay in school as long as I should have, in the few days I was there I think I managed to get to around 14. I had a lot of work to do on the farm and I was very happy with it. School wasn’t really for me but I stayed there as long as necessary. Back then, everyone lived on a few acres and grew their own vegetables. Working the land with the horse was hard work, but if you had a good horse and took care of it, that was half the battle.

I had my first tractor in the early 70’s a TVR Gray Ferguson an uncle of mine by the name of Chris Young from Derrybeg he died after a road accident he was on a bicycle and was run over by a car from town 1971 Never drove a car, never needed one, had the tractor but the ones back then aren’t as good as the ones today. Many women have never driven either even though their husbands may have owned one. It was unusual to see a woman driving, but you always saw them cycling to the store for messages.

Over the years I have worked with the council, on the roads it was great days driving around the county and meeting different people. You would never sit idle, there was always work to do, a bit of farm work and grass cutting and if you had done all your own you would be willing to lend a hand to the neighbors.

Gurteen Hall, was built for local labor and was a great meeting place, an open fire was lit in the evenings where everyone took turns bringing in a few clods. We played cards and told stories until the wee hours of the morning, it was a great meeting place and it was not far from our house. In my youth there were two stores, but I only remember the Horseshoe Shop. You didn’t have to go to Tullamore often, the local store had almost everything you wanted. I never really went to pubs, I couldn’t afford to drink when I should have, so I never drank.

I remember carnival days in Killeigh, people were trying to save a few bobs that got into it. Previously, it lasted seven or eight nights and ended on the day of the sport on the green. People from all over came to the village and it was awesome.

I remember in 1956 the electricity was coming, back then people were afraid to take it, lest a fire break out if you had a thatched roof, or a mouse come in and eat the wires. Ah yes, the electricity lit up places you would never have seen before, and a lot of dust and dirt could now be seen. The water was carried by road from the drain, you wouldn’t use it to drink water and it was great to finally get water from a tap, and of course we didn’t know each other when we had both.

There was also another house downstairs from me, the Horans, a Micheal Horan from Fenter was one of them, he had a brother named Con Horan, anyway he died in the 1940s and when he died the priest prayed for the wrong Con at the first mass but was corrected at the second mass. There were rumors at the time telling the priest the wrong information but I better leave it at that, needless to say, that person was not a reliable source of information after that, especially in regards to relates to the priest.

I played a bit of hurling but very little, I wasn’t very good at it, but I loved going to games, I also went to Croke Park a few times when Offaly was playing, it was a great day and I can’t wait to be there. We would take the train from Tullamore but all the construction was done before we left in case we were late getting back.

Ah it’s great to be able to tell a story, like Phil Deering and myself and some of the others who are still here at our age, aren’t we very lucky not to suffer too much from the disease of Alzheimer’s. Once we can remember the old days and be able to tell a story or two and be cared for, what more do we want? For me, I’m very lucky to have careers that call me every day and Meals and Wheels volunteers, someone different every day. It’s great to have these services in Killeigh and I love nothing more than an old chat. I’ve always lived the simple life and never cared much more. Someone called me once asking me to go to daycare in Tullamore a few days a week, apparently you would be picked up at the gate and driven home afterwards but of course I had no interest, am I not tall as I a m.